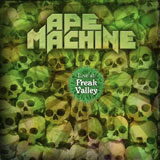 I’m a big fan of the Ripple Music family. They have been quietly (or loudly depending on your take on it) assembling a catalogue of artists who all share a love of retro sounding, ass kicking, bootie shaking rock and roll. Of course there is a case to shrug and say that everyone is doing the retro thing these days, but Ripple have artists like the UK’s Grifter, Washington’s Mos Generator and Dallas’ Mothership to name but a few, who have all delivered quality, fresh sounding music and in turn Ape Machine‘s recorded output has been no less impressive.

Having released three studio albums since 2010, culminating with 2013’s strong showing Mangled By The Machine, the band have forged a reputation for delivering solid, above par rock n roll action that plants one foot firmly in the heady seventies scene that inspired Led Zeppelin et al and the other in the modern age. A lazy comparison (which I’ll make anyway) would be Gentlemen’s Pistols, or a couple of their labels mates, but never the less Portland Oregon’s Ape Machine have become a decent live act and have the studio chops to back it up.

Weighted firmly towards material from their latest (and arguably strongest) release on paper Live At Freak Valleyhas all the ingredients for a triumphant set. And here is possibly the problem; I so wanted to love Live At Freak Valley, I really did, but it falls a little flat.

When you consider the staple of live albums, you think of the roar of the crowd when Dickinson cries, ‘Scream for me Long Beach’ on Iron Maiden’s classic Live After Death, the raw energy of Kiss Alive or Arya’s introductions on Decade Of Aggression. By contrast Live At Freak Valleyseems to have been drawn straight off the mixing desk, which makes for a good band sound, but has rendered a key component of the live album, the audience, little more than a muffled, occasional after thought in between songs, which is a crying shame.

The band themselves bristle with energy and passion, that much is evident, vocalist Caleb Heinze has a great voice as he easily demonstrates on The Sun and their cover of Black Knight is extremely fun despite the histrionic shrieking that heralds the end, it’s just a shame it is not exactly brimming with crowd interaction.

The band is tight and highlights like Strange Are The People and Gun You Down with it’s up tempo shift show the calibre of the material and the performers as Ian Watts on guitar, alternates between cutting a funky groove or a more driving hard rock edge, but it feels like you are listening to the band rehearse rather than getting the feeling of a room full of people going, ahem, Ape Shit.

Of the eleven song set, it serves as more of a ‘best of’ rather than an essential listen, Everybody Bleeds, Angry Man, Mangled By The Machineare here alongside the aforementioned Black Knight as well as ferocious opener Wear Me Out are all executed well, but I was hoping to feel the energy of the crowd, how it affected the performers and sadly it is not only lacking, but feels like a huge hole at times.

Naturally Ape Machine have come a long way in 6 years and recorded some great material – most of which is on display on Live At Freak Valley – so you can forgive them for concentrating on the quality they bring when performing that material live, but I’m not really sure it necessitated such an invested release.

One for the completist, a shame really as it feels like a missed opportunity. 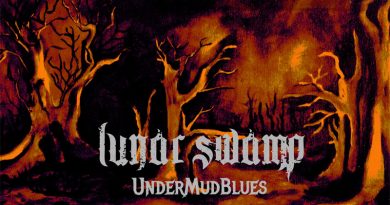