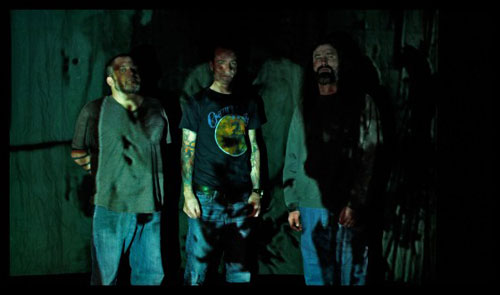 Connecticut’s long-running doom outfit, WHEN THE DEADBOLT BREAKS, is preparing to unload the most massive and expansive recording in their now eight year existence, as their mighty fourth full-length release, aptly entitled Drifting Towards The Edge Of The Earth, nears release.

Formed in 2005 by ex-Cable guitarist Aaron Lewis, alongside bassist/vocalist Mike Parkyn and drummer Rich Kalinowski, WTDB signed with EarOne Productions early this year, and set out to capture their most ambitious work yet. Painstakingly recorded this past Spring at Room SevenZeroEight, mastered by Chris Tobias and Mike Livingston at Ear One Studios, on Drifting Towards The Edge Of The Earth WHEN THE DEADBOLT BREAKS undoubtedly at their finest and most explorative hour. The nearly two-hour-long 2xCD takes the listener on an extensive and extremely lengthy, yet completely engulfing and never lagging voyage through the cosmos and through the annals of sludge/doom. Devastating amplification boasts everything the talented members can create; mournful segues, booming classic rock ballad riffs, mystical and melodic interludes and straightforward, thunderous riffage coalesce into an exceptionally diverse album fans of Sleep, YOB, Ufomammut, Samothrace, Ramesses, Cable and the like will indisputably benefit from experiencing.

Fans are invited to tap into just one passage from WHEN THE DEADBOLT BREAKS’ enormous recording, with a stream of the nearly seven-and-a-half minute track “The Scavengers Daughter,” now stream it below!

With an official street date for Drifting Towards The Edge Of The Earth confirmed for October 1st, WHEN THE DEADBOLT BREAKS will host a CD release show this Friday, September 27th in Wallingford, Connecticut with support from Pristina and Rozamov. Admission is only $10 and includes a copy of the band’s new 2xCD ahead of street date. At this show the band will be doing a long set playing almost their entire Drifting Towards The Edge Of The Earth opus to their local fans and friends. 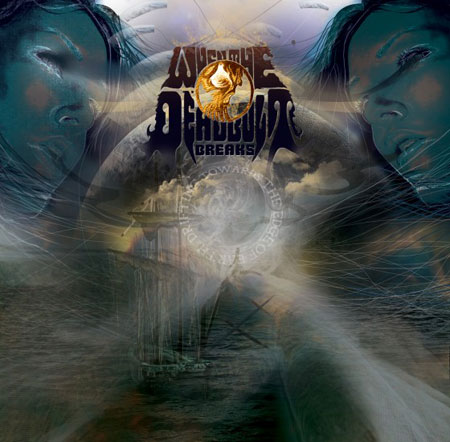 Stay tuned for more music from the album to be released in the coming days.

GOAT To Headline Liverpool Psych Fest, Play At Latitude Festival And New Album On The Way!