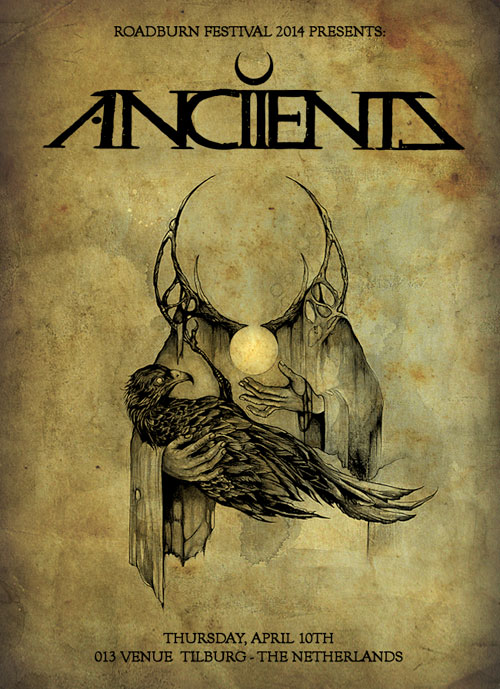 Roadburn 2014 just got a whole lot heavier as they’re pleased to announce that Vancouver’s Anciients will play on Thursday, April 10th at the 013 venue in Tilburg, The Netherlands. Released last April, Anciients debut full-length Heart of Oak on Season of Mist has received much fanfare and critical acclaim.

Uniquely heavy moments lead to lush guitar passages, harsh and clean vocals bring equally entrancing elements of light and shade, Heart of Oak is an expansive metal album that will put Anciients at the top of many ‘best newcomers of 2013′ lists.  Heart of Oak is a stunning start of Anciients‘ career. Walter & Co are looking forward to see the band showcase the best that avant-metal has to offer at one of their very first European shows.