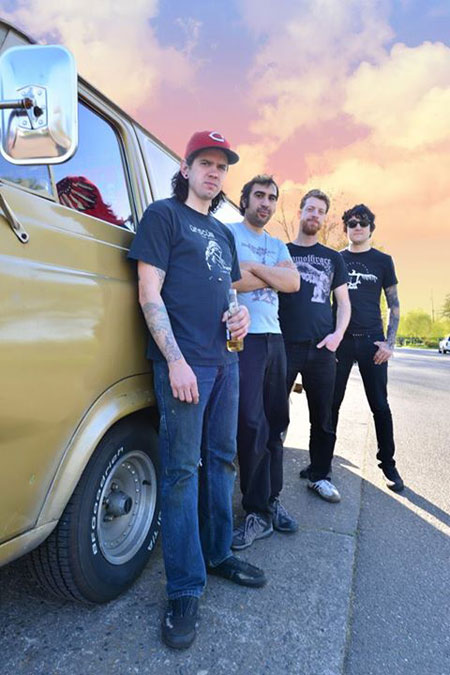 The sophomore full-length release from Portland, Oregon’s USNEA, Random Cosmic Violence, is now playing at Stereogum in its entirety a week ahead of its worldwide street date through Relapse Records. Not only an album which more than satisfies the urge diehard cult fans of the band since previous outings, Random Cosmic Violence packs a monumentally damaging and contagious dose of some of 2014’s finest metal of the slow-motion doom/death/sludge-influenced variety sucking endless new fans into its fathomless expanses. 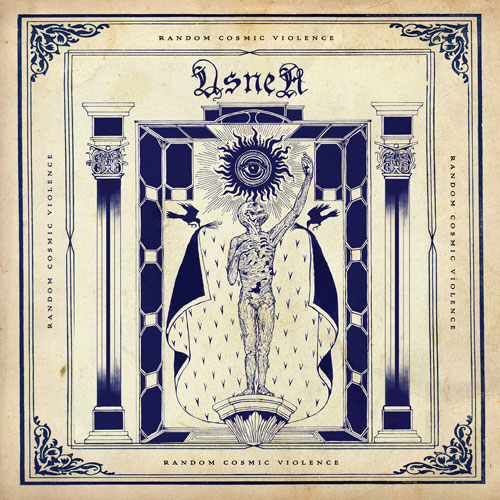 Through their ruthlessly overwhelming style of black/occult metal-influenced funeral doom, USNEA has created a classic of the new millennium with Random Cosmic Violence. Recorded and mixed by Jared “Fester” See at Haywire Studios (Stoneburner, Rabbits, Drunk Dad) who supplies additional guitars to the title track, and mastered by Brad Boatright at Audiosiege (Yob, High On Fire, Integrity), the artwork and design was handled by Justin Cory and Orion Landau. Relapse Records will release the album on CD, digital download and both colored/limited and standard black 2xLP; pre-orders for the physical versions are available from the labels webstore and the digital downloads available from Bandcamp.