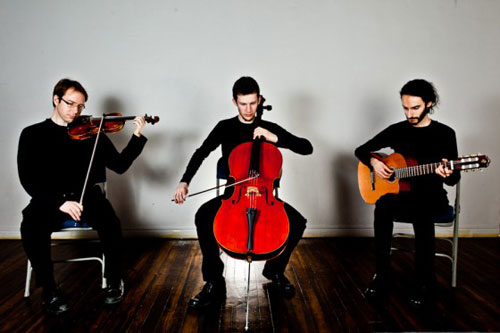 Nearly six years in the making, Woodfall is a one-hour, five-part progressive chamber folk epic for classical guitar, cello, and violin which sees MUSK OX push their sound to soaring new heights. Expressing the essence of Canada’s vast, magnificent landscapes through sound, MUSK OX is a forlorn journey through natural realms where darkness and light, substance and void, sorrow and joy, exist as a single entity.

Says Pitchfork of the track, “Whatever it may lack in heavy metal thunder or ravishing grimness, MUSK OX more than makes up for with its richness in atmosphere and emotion, created in tune with the natural world and its terrifying beauty. Joined by cellist Raphael Weinroth-Browne and violinist Evan Runge, [founding guitarist Nathanaël] Larochette has sought to push MUSK OX’s progressive-minded sound even further on the trio’s upcoming second album, Woodfall. Larochette’s skill as a classical guitarist is unsurpassed, and has not gone unnoticed, either; keen ears will pick up shades of the acoustic interludes he composed for Agalloch’s latest album, The Serpent & The Sphere, within Woodfall’s five songs. ‘Part 3 – Arcanum’ is a lush, deeply affecting folk epic that flits between sadness and triumph, and would surely make Larochette’s spiritual forebears in Empyrium, Nest, and Tenhi proud.”

Feel the lush beauty of “Part 3 – Arcanum,” courtesy of Pitchfork, at THIS LOCATION. 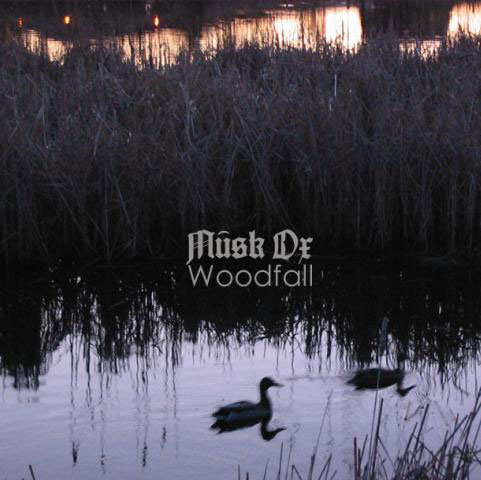 MUSK OX was formed by Nathanaël Larochette, blending neofolk’s lush acoustic textures with the expansiveness of post rock, the intricacy of progressive rock, and the emotional weight of metal. Born out of a love for nature’s commanding beauty, and the captivating resonance of the nylon string guitar, MUSK OX is quickly establishing itself as one of the brightest prospects in the neofolk genre, with a debut full-length, two compilation appearances and three self-recorded demos to its name.

Dedicated to the life and memory of Adrian “The Energizer” Bromley, David “Woods Of Ypres” Gold and Steve “MF” Sauvé, Woodfall will be released independently on June 17th, 2014.