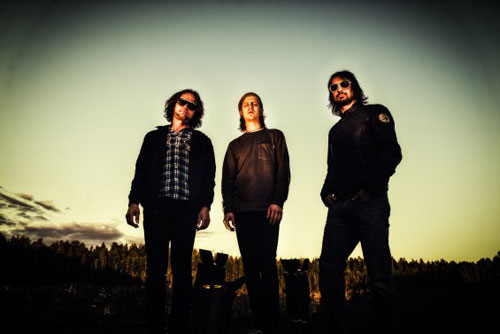 Scandinavian power trio TRUCKFIGHTERS will release its fourth studio LP Universe on February 4 via Fuzzorama Records. The spectacular Swedish band, who Queens of the Stone Age front man Josh Homme infamously touted as “not just the best band I’d ever heard, but the best band that ever existed“ and who has created some of the best stoner rock records of the last decade, describes the new album as simply “the ultimate fuzz.” In advance of the release of Universe (read Pete’s review here), Revolver premieres the new TRUCKFIGHTERS song ‘Convention‘.

Crank your speakers to 11 and rock TRUCKFIGHTERS‘ ‘Convention‘ now at THIS LOCATION.

TRUCKFIGHTERS have announced a U.S. headlining tour that will kick off on March 10 in Atlanta, GA. The tour run will include multiple dates as part of the 2014 SXSW Music Festival in Austin, TX. Support on the TRUCKFIGHTERS tour will come from CROBOT. The just-announced dates are as follows:

Additionally, TRUCKFIGHTERS have been added to the bill of the 2014 Rock on the Range Festival, set for May 16-18 in Columbus, OH. As part of the three day extravaganza, the Swedish rockers will share the stage with Guns N’ Roses, Slayer, Mastodon, Black Label Society,Kvelertak and more. For full details, visit this location. The band’s Rock on the Range appearance will serve as the cornerstone of a second U.S. tour that will run throughout May. Stay tuned! 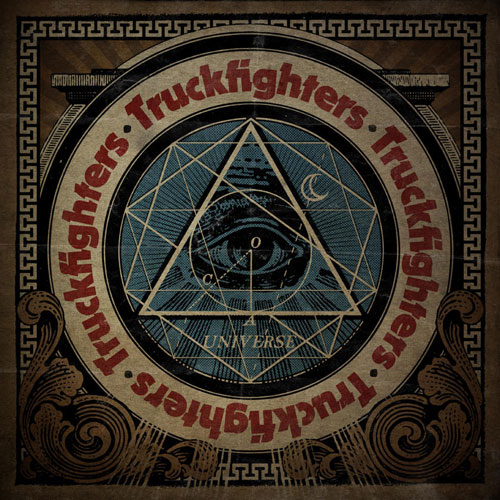 Universe supercharges the riff-heavy roots of TRUCKFIGHTERS‘ signature sound while charting a more progressive, challenging path — a hybrid of fuzz and prog — with an increased focus on textures and dense arrangements loaded with engaging melodies and outstanding musicianship. These advancements don’t come at the expense of the catchy and heavier aspects of the group’s sound, rather it shoots TRUCKFIGHTERS psychedelically-tinged rock into rich and rewarding new dimensions. With Universe, the ideas TRUCKFIGHTERS have offered since 2001 — a colossal, airtight rhythm section, psychedelically-tinged guitarmonies, teasing maneuvers/crushing payoffs and pure climactic catharsis – are realized with purpose and aim. From the sonic high arc of the opening cut ‘Mind Control’ to the fuzzy riffs, vocal hooks and proggy passages of the leviathan-like ‘The Chairman‘ to the monstrous groove of ‘Convention‘ and through to the album-closing, tongue-in-cheek nod to buddies Mastodon (‘Mastodont‘), TRUCKFIGHTERS‘ Universe is a definitive mission statement and an accurate portrait of a band that has molded its veracious desert session anthems into chiseled hard rock monoliths. Or as Homme said, “Beatles, Schmeatles; Rolling Stones, Rolling Bones. Truckfighters: that’s the good shit.”