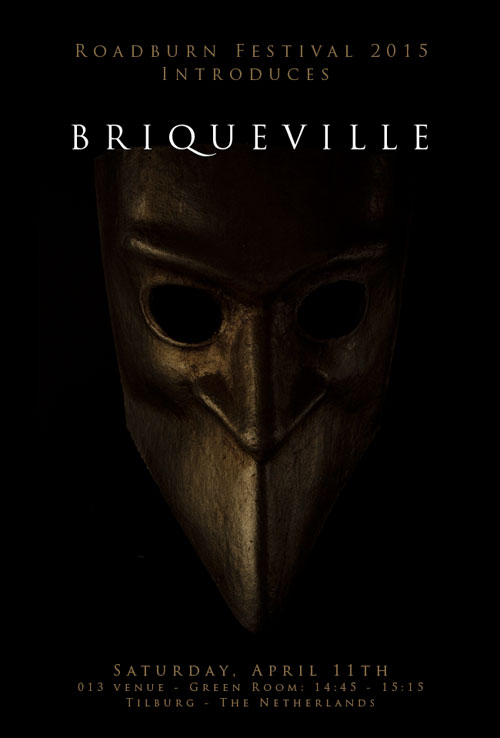 Walter & co are very excited to announce the sixth installment of ‘Roadburn Festival Introduces’. The idea is to present promising Dutch – and since last year, Belgian – bands that have their own vibe, while at the same time possessing that certain Roadburn flair. Whether it’s a dark, psychedelic slant, an insatiable need to worship thee riff, or even developing a cult of their own, only to lure us into their spiraling-netherworld… there’s something about these bands that embodies the spirit of Roadburn.

This year they offer the mysterious and yet bizarre Belgian band, Briqueville, the opportunity to connect with the international Roadburn community. Their self-titled debut album is a hypnotic, doomy and occultish journey into realms of heaviness unknown to most of us mere mortals.

For the first time, ‘Roadburn Festival Introduces’ won’t just be held at Cul de Sac, they decided that the Green Room would be much more fitting for Briqueville‘s ceremonial invocations, akin to such heavies as Sleep, OM, Bong and Amenra. Even the most wizened druids amongst us will be captured by the damaged, heavier-than-thou-rituals of these Belgian sonic shamans, and the inevitable conclusion we reached is that Briqueville has something unique and interesting to offer Roadburners.