Norwegian Death Metal wrecking crew Obliteration recently let rip with their unholy nailbomb of a third album, the thoroughly crushing Black Death Horizon, and, with its blasphemous fetor still fresh in our twitching nostrils and a Roadburn visitation imminent, we thought that this would be the perfect time to put the thumbscrews to frontman Sindre Solem and skewer him on our inquisitional rack. Read on, if you dare…. 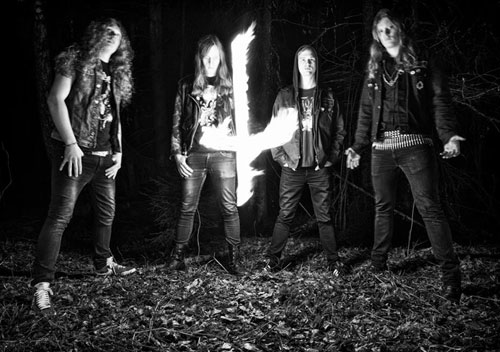 Firstly I just want to say thanks for your time and to ask how things are going for you guys right now? You seem to have quite the busy schedule coming up.

Right now we’re having a small break, as Arild is in Thailand with his girlfriend. We had a pretty heavy November, with 19 gigs after the release of Black Death Horizon. But things are going good, we are psyched to get out on the road again, this time it’s India, and USA, the festivals this summer. It’s gonna be great.

It seems like the band were quiet for a little while and now there’s suddenly all of this activity. A couple of splits and EP’s aside the last full-length recording was back in 2009, so what’s been going on in the Obliteration camp over the last couple of years?

Well, we wrote the new album, and that took it’s time, but we were busy with other things also. Didrik was doing Altaar, Kristian toured a lot with Aura Noir, and Arild and I did the Nekromantheon album Rise Vulcan Spectre, and played a lot live with them. Inspiration wasn’t always there with Obliteration, so it took it’s time. Inspiration and energies go in circles, so it was pretty natural to focus on other stuff after the “live period” around Nekropsalms was over, and suddenly focus shifted and we got hungry and ready to do Obliteration again. It might be just as long to the next Obliteration album, but who knows…

The new album is vicious by the way, how was the writing and recording process?

The writing process was slow, painful, hateful and dark. The recording process was fast, dirty, organic and dangerous, as always. We record ourselves and “produce” it ourselves, so it’s always exciting, as nothing goes completely according to plan, but it’s a very honest recording process, you get the band, the music and the atmosphere, no bullshit or any other added crap. 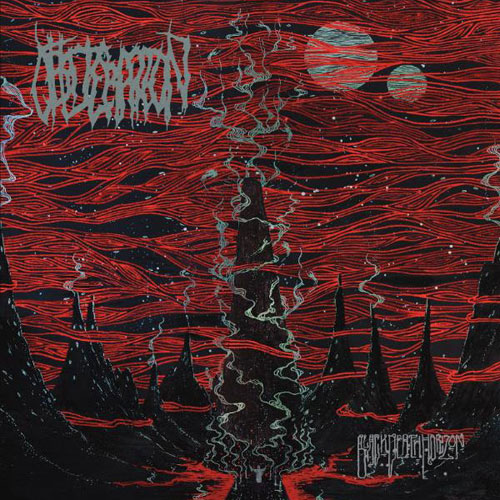 Speaking of the new album, when I was reviewing it I mentioned that I caught definite traces of that nasty, spiky headache-inducing thing that Voivod captured so nauseatingly on the Rrröööaaarrr album – specifically ‘Ripping Headaches’ – at times – was I wide off the mark there? I’ve been repeatedly accused of finding Voivod in everything!

We haven’t been directly influenced by Voivod, but Voivod has been a very important band for us as individuals, I fucking love War And Pain, and all the albums up to Nothingface. Their unique riffs and absurd song structures caged in ultra brutal soundscapes has absolutely made a mark on us, but we tried to look to ourselves while writing the new album, to create atmospheres, moods and darkness, not make an “Autopsy-ish song”, if you know what I mean.

How has having Relapse behind you, as well as Indie Recordings, helped the band?

I don’t know. They spread the music to corners of the world that we are not able to reach on our own, and the press coverage has been very good because of them. This absolutely helps the band to get more focus and more gigs. It helps spread the word of Obliteration, which is a good thing.

What with you and Darkthrone both coming out of Kolbotn, does your hometown harbour any other well-kept secrets?

We cannot discuss that with outsiders. 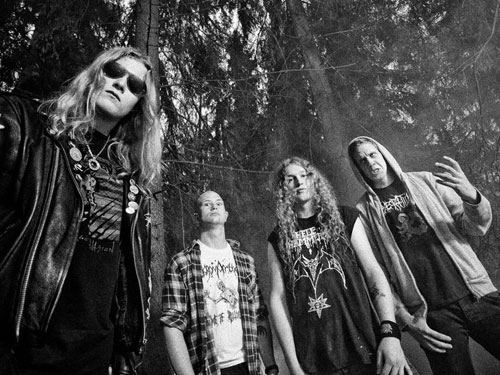 Who else are you all digging these days?

The new Grave Miasma album is fantastic, Bölzer is also out of this world. Reptillian from Fausa, Norway are also kicking my ass, and the new Black Magic album is the best heavy metal album from Norway, ever. Other than that, the new Beastmilk and In Solitude albums have been very important to me lately. I’ve also gained a new found love for Katharsis.

Are there any future Nekromantheon plans for you and Arlid or is Obliteration taking up all of your time?

We have started to write our next album. We are not gonna focus on any live stuff, now that Obliteration will play a lot live, then we’ll just focus on our new full length.

That’s all from me, so unless you have anything else you want to add, I’ll bid you farewell for now and I’ll see you at Roadburn!

Thank you for this interview. Roadburn will be beyond this world.

You’re damn right it will be Sindre. 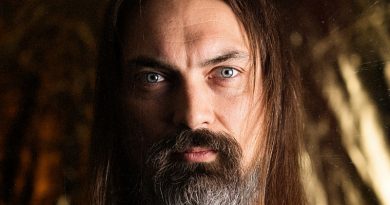 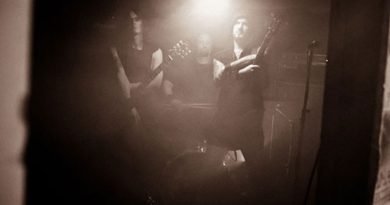