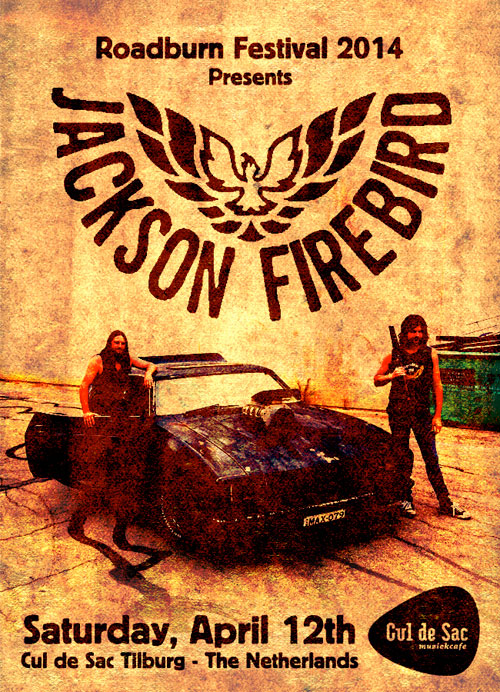 Delivering their volatile live power to much acclaim Down Under, the duo of Dale Hudak and Brendan Harvey, will also leave Roadburn wild-eyed and breathless the moment their growling guitars, dirty riffs, and super tight beats kick you in the teeth.

The duo’s high octane debut album, Cock Rockin’, is one helluva wild ride — you want rock with no shame, stripped back, simple, dirty and in-your-face? Jackson Firebird has it in spades. Be forwarned, as Hudak and Harvey go straight at it!