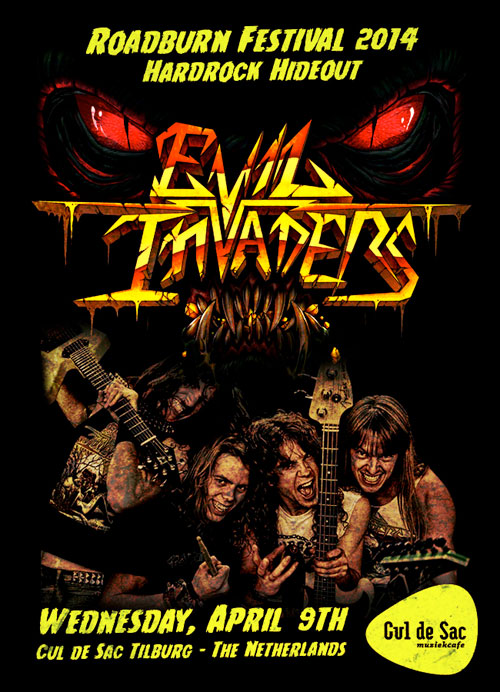 Belgium’s Evil Invaders offer a speedy but melodic old school rip fest, forging 80-ish inspired (thrash)metal along the lines of Exciter, Exodus, Agent Steel, Mercyful Fate and WASP among others. It’s really impressive to see these kids galloping away, pedal to the metal, rockin’ their denim-clad asses and sounding like the real deal from the early eighties!

The relentless neck wreckers of Evil Invaders simply kick ass and should have you headbanging and air guitaring to bring you back to those fast rude speed ‘n’ roll heavy metal days!

Just do yourself a favor and thrash until you crash at Roadburn’s Hardrock Hideout. Doors open at 8pm and admission is FREE!