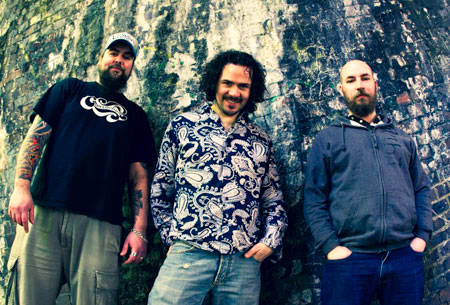 Yippee-ki-yay motherfuckers! St. Albans’ premier exponents of bluesy sludge are back for a second bite at the DesertFest cherry after packing out the WPC / HDP stage earlier in 2012.

Trippy’s exciting blend of grungy wrecking-ball riffage, thunderous drumming, sing-a-long-able choruses and all with a swaggering bluesy twang, has won them a strong following across the South of England and beyond. Sure to be showcasing tracks from latest release Going Home, along with fans’ favourites from their debut proper Movin’ On, get ready to chow down on equal helpings of both mosh-pit and ho-down with these modern-age masters of the groove. Like QOTSA? Like Soundgarden? Like Hank3? Get ready to rock with your new favourite band. Dig it!