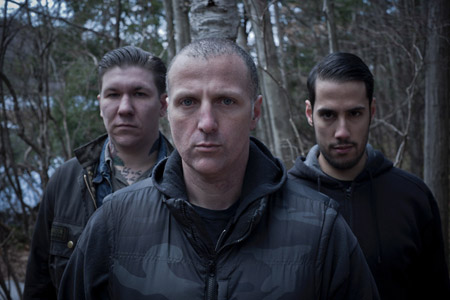 Brooklyn, NY’s TOMBS have announced that they will be entering the studio today to begin recording their follow-up to 2011’s critically acclaimed Path Of Totality. The band will be working with famed producer Erik Rutan (Morbid Angel, Cannibal Corpse, Hate Eternal) over the next two weeks at his Mana Recording Studios in St. Petersburg, Florida. Stay tuned for updates from the studio.

TOMBS vocalist / guitarist Mike Hill commented on what to expect from the highly anticipated new album: “The new material is darker and more extreme than the last record. The addition of bassist Ben Brand and guitarist Garett Bussanick have really stepped up the playing and musicianship to a new level.”

TOMBS have released two full-lengths and one singles/rarities collection via Relapse Records, all of which are available for streaming via Bandcamp HERE.

“Album of the Year” – Decibel Magazine (about Path of Totality)