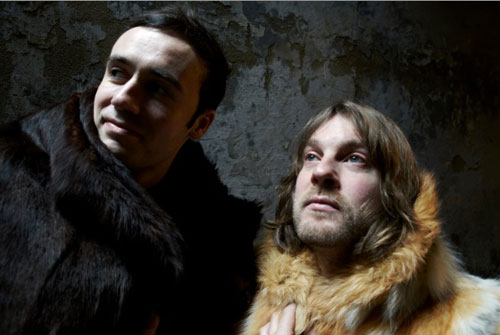 As veterans of the UK experimental underground, Daniel O’Sullivan and Alexander Tucker are long time friends and collaborators. O’Sullivan as a member of Guapo, Ulver, and Æthenor (with Stephen O’Malley), and Tucker with imbogodom and as an eclectic (read: Yeti) solo artist. GRUMBLING FUR’s world is an innovative one, where every sound contains its own unique story, and is driven by the overarching melody and harmony. O’Sullivan and Tucker write pop songs for the sophisticated palate.

Want to hear some sumptuous avant-pop? Check out the track ‘Dancing Light‘ below….