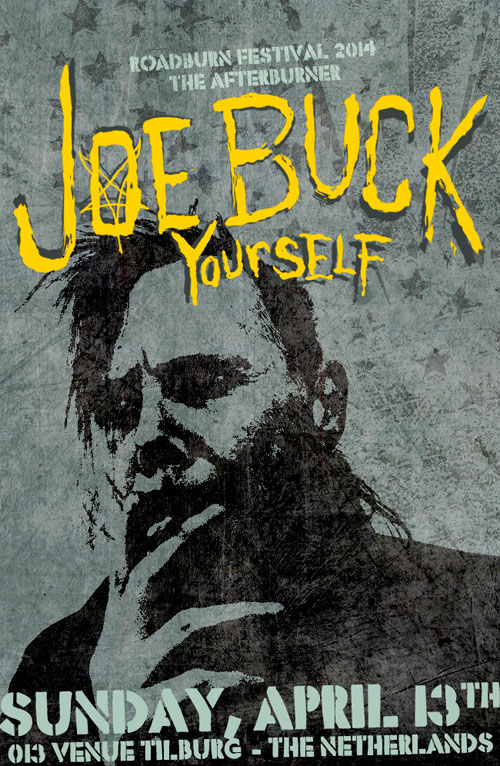 Joe Buck Yourself will play the 2014 Roadburn Festival Afterburner on Sunday, April 13th at the 013 venue in Tilburg, The Netherlands.

Joe Buck Yourself is now a bona fide evil motherfucking, one man band. This unique blend of hellbilly punk rock ain’t your grandma’s hillbilly music. Joe Buck yourself, motherfuckers! The Devil is on his way!

HARK To Supoort CLUTCH On Euro Tour In 2013