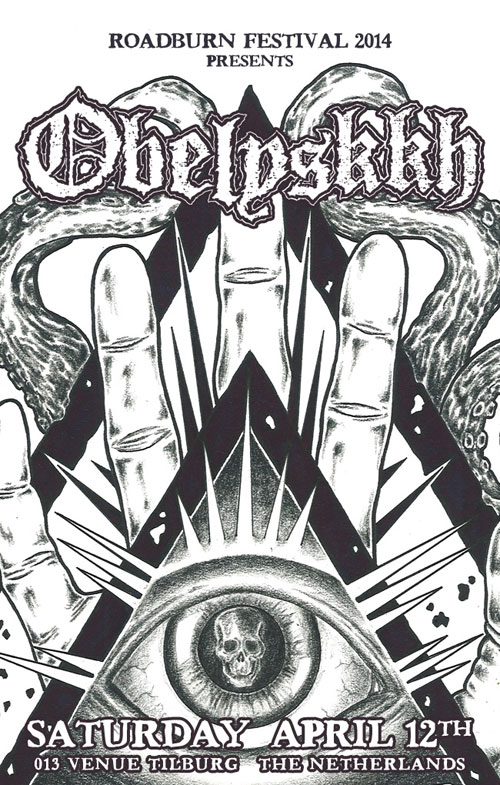 In search of the soundtrack to the Pagan apocalypse? Well look no further as German doom stalwarts Obelyskkh will be bringing devotional riffs and massive slabs of slow burning, acidic, oozing doom to Roadburn Festival 2014 on Saturday, April 12th at the 013 venue in Tilburg, The Netherlands.

On their latest, much acclaimed, album Hymn To Pan, released on Exile on Mainstream Records, Obelyskkh set a dark, psychedelic tone to their grinding, Pagan hymns by pairing unexpected keyboard passages and spaced-out interludes with their molten, repetitive, blackened chords. Dark, portentous and swollen with glorious purpose, these are devotionals to put a lascivious grin firmly on the face of the goat-footed god.

Bask in Obelyskkh‘s doom glory and stamp your hooves en masse when they honour the great god Pan at Roadburn Festival 2014.