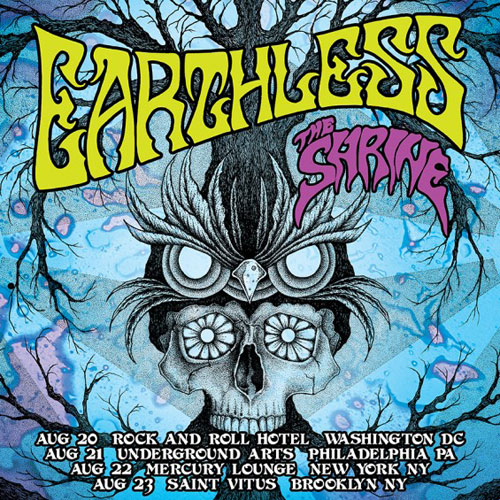 In addition, EARTHLESS will join J Mascis‘ HEAVY BLANKET for a special support slot with metal titans SLEEP in Boston on August 24. At the show, the respected musicians will look to re-create the much-talked-about magic they initially combined to create at the 2012 Roadburn Festival, a searing live performance that will see now release under the title EARTHLESS Meets HEAVY BLANKET In A Dutch Haze on July 8 via Outer Battery / Roadburn Records. In A Dutch Haze is available for pre-order from Outer Battery HERE and Roadburn Records HERE.