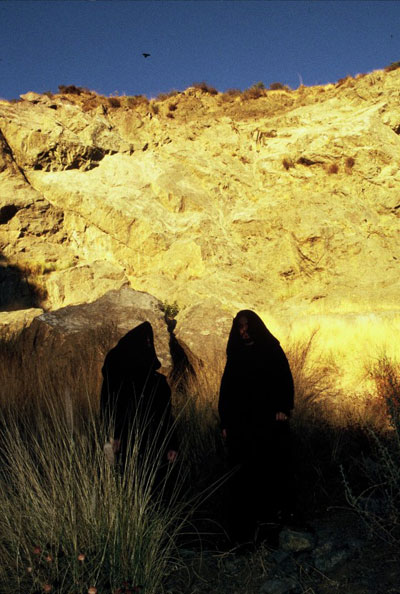 The SUNN O))) (virtually/online) site is now the direct outlet for not only all releases from the long-running drone/atmospheric sect, it will serve as the source for an ongoing series of reissued merch/clothing designs. Every two to three months the band will reprint/reissue two out-of-print designs in an edition fit for the demand. In addition, SUNN O))) has and will continue to release rare and limited audio items available through this site exclusively, as well as all current catalog releases.

One of the first additions to this new web presence for SUNN O))), is an ultra-deluxe reissue of the now classic album, Black One. Having just marked its eighth birthday since its initial release, Black One was issued in October of 2005, the sixth full-length from the band formed by Greg Anderson and Stephen O’Malley unveiling the darkest and most suffocating material from them to date, and arguably since. Featuring very special guests Oren Ambarchi, Wrest (Leviathan, Lurker of Chalice, Twilight) Malefic (Xasthur, Twilight) and John Weise (Bastard Noise), the tonal magma explosions created under the influence of the most utterly black atmospheres, here SUNN O))) endlessly seeks to push boundaries and demolish pre-conceived ideas of their eminence. Sinister vocal performances courtesy of Wrest and Malefic literally call from beyond the grave. Unorthodox and experimental recording methods were used to obtain the petrifying eerie tone of the voices on this album. For the epic side-4 piece, “Bathory Erzebet”, SUNN O))) procured a casket then loaded it into a Cadillac Hearse, and locked Malefic inside with only a microphone and a severe sense of claustrophobia. The result is truly suffocating and disturbing; mammoth giants crushing valleys of the drowned. This album is as bleak, crushing, and devoid of light as only they possibly could have delivered. 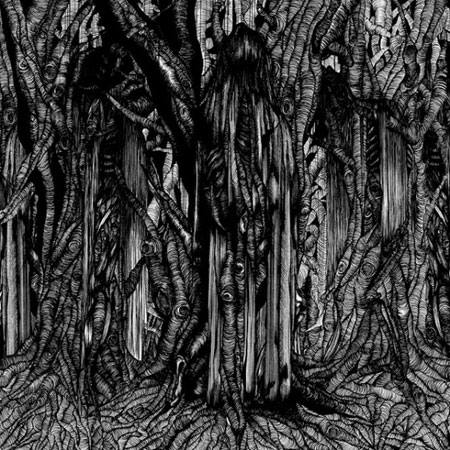 This new pressing of Black One is issued in a 180-gram, 2xLP fashion, bound in a thick Stoughton style gatefold jacket in an exclusive Record Store Day edition of 1,000 copies on black vinyl, with an official street date of November 26th. As a special bonus fans can order the new pressing of the album on white or grey vinyl now, in runs of 1,000 each, a month and-a-half early. The white wax can be ordered now at the new SUNN O))) (virtually/online) presence AT THIS LOCATION and the grey vinyl HERE. A silver edition of 1,000 be available in Europe-only via Southern Lord Europe shortly.

Side A
Sin-Nanna 2:19
It Took The Night To Believe
Cursed Realms

Side B
Orthodox Caveman
Candlegoat

Side C
Cry For The Weeper

Additionally, SUNN O))) has declared two brand new live incantations in the Benelux collective this December. The first performance will transpire on the 12th of December in Kortrijk, Belgium with support to be announced at a future date. The following night SUNN O))) will appear at State-X New Forms Festival in Den Hagg, Netherlands with The Orb, Amenra and others. The act’s full live lineup for this duo of performances remains unannounced.