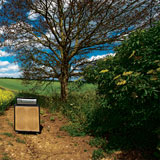 Axl Rose is a dickhead. I know it, you know it, hell, I imagine even he knows it. 15 years to release a record (2008’s ‘Chinese Democracy’) is a ridiculous length of time, especially when you have all the songs you want ready to go and are just cycling through both the wads of cash being thrown your way by profit-hopeful record labels and the dozens of sublime musicians he poached to be involved in the making of what would eventually surface as a steaming pile of polar-bear dung in CD format. But what of the merits of Mr Rose’s stubbornness? A stubbornness, bordering on insanity, which refused to allow the recording and launching of an album until its creator deemed it to be, as Goldilocks once put it, just right. THAT, I can respect and understand. That’s the musician in him working.

Whether you believe that or not (I’m not sure that even I do!), what is generally true is that good things come to those who wait for the time to be right. Stubb started life on the outskirts of London in 2006, initially as a heavy, fuzzed-up power-trio featuring Jack Dickinson (guitar, lead vocals), Isabella Brunäcker (bass) and Aaron O’Sullivan (drums, now in Ten Ton Tabby). After recording the three-track ‘Dropout Sessions’ demo, which included the Dickinson-penned ‘Road’, ‘Flame’ and ‘Galloping Horses’, Stubb temporarily and amicably disbanded with Brunäcker and O’Sullivan pursuing other personal interests. Instead of forcing the issue, hastily scrabbling together other players who didn’t share his vision or even ploughing on with the project by himself alone, Dickinson was happy to put the songs on ice and bide his time whilst concentrating on his Mindzap stage visuals project. Fast-forward to late-2009, and Dickinson was feeling the urge to crank his amp up to 11 once again. Recruiting up close friends Peter Holland (bass, backing vocals) and Chris West (drums), the old Stubb set was resurrected and reinvigorated with new ideas by three highly prominent and like-minded musicians. That West and Holland were already committed to their own band in the shape of well-respected London grunge/sludge/ukulele outfit Trippy Wicked and the Cosmic Children of the Knight proved to serve more of a bonus than a hindrance, allowing both bands to tour together as a DIY package across Europe.

The road to the release of debut album ‘Stubb’ is even more complicated than that. After initial recordings again in a snowy Dropout Studio in late 2010 with Westminster Brown behind the desk, much of the raw material needed re-recording during the mastering process alongside US-based Tony Reed (Stone Axe, Mos Generator, Saint VItus). And after trying to attract label interest to produce and promote the record which returned no takers, West grew impatient and kicked off a label of his own – Super Hot Records. But after all their hard efforts, the results are rich: a glorious and overly uplifting, fuzzy rock album, which, although rooted in an atmosphere of obvious Americana, retains a rugged sense of Britishness which sets it apart from the torrents of heavy releases emerging weekly in the modern age of musical technology.

With Holland already a well-established frontman, the temptation would have been to give his Chris-Cornell-esque vocals more of the centre stage, but instead Dickinson has utilised him as a noticeable powerful backing singer; adding texture to and building on the harmonic melodies at the core of older tracks ‘Road’ and ‘Flame’. The likes of newer cuts ‘Scale the Mountain’ and the groovalicious ‘Soul Mover’ sound comfortably richer for the input of a strong song-writing band, whilst the heavy thunder of ‘Galloping Horses’ benefits from West’s metronomic thump behind the kit.

Stylistically, Stubb clock in somewhere between Blue Cheer, Truckfighters, Budgie and Mountain, whilst managing to weave in a delicate brand of healthy British rock steadiness of their own. Leaving his tone loose and overdrive heavy, Dickinson’s guitar carries the flirtatious flavour of Hendrix and the metallic chops of Blackmore, without straying too far from the base groove. ‘Hard-Hearted Woman’ is the noble tale of a serpentine female, jinxing her way in and out of an unsuspecting male’s path through life, heavy grooves opening out onto a 70s plain of psychedelic nausea, like Yawning Man jamming with Humble Pie. Two sombre ballads in ‘Crying River’ (featuring female vocals courtesy of Malin Dahlgren) and ‘Crosses You Bear’ reveal a softer, more repressive sound to Dickinson’s strident lead approach, which brings to mind Graham Coxon or even Cream-era Eric Clapton for their honesty and grit. ‘Road’ and ‘Galloping Horses’ are much rockier. The latter taking a bastardised Hendrix riff and adding West’s note-for-note snare back-up to the bass to present an addictively crunching piece with more width than Gregg Wallace’s jawline. Opener ‘Road’ encapsulates the nature of the entire record – a warm, heavy, psychey riff that White Hills or Colour Haze would be proud of, invigorated with Dickinson’s weaving ode to a doomed-to-fail escape route from a love once-lost.

If you’ve ever met Jack Dickinson, you’ll be fully aware that he’s about as removed as a human being can possibly be from Axl Rose, but the point stands true – don’t compromise on your vision for your music and eventually it’ll come true. With West and Holland on board, the Stubb ship is steadier than ever and, as the wide array of London underground music scene personalities who trudged through 7 more inches of snow to their album release show recently demonstrated, the band are a popular unit in their own right. If you’re looking for a cheap, shoddy, pathetic waste of ear-time arena rock, ‘Chinese Democracy’ is available from all lifeless online retailers. But if you want an album with heart, grit, riffs, love and some killer songs, go buy ‘Stubb’ on vinyl and set your turntable needle to somewhere between Super Hot and Super Cool.

ASG Is The Place To Be At DesertFest London 2014