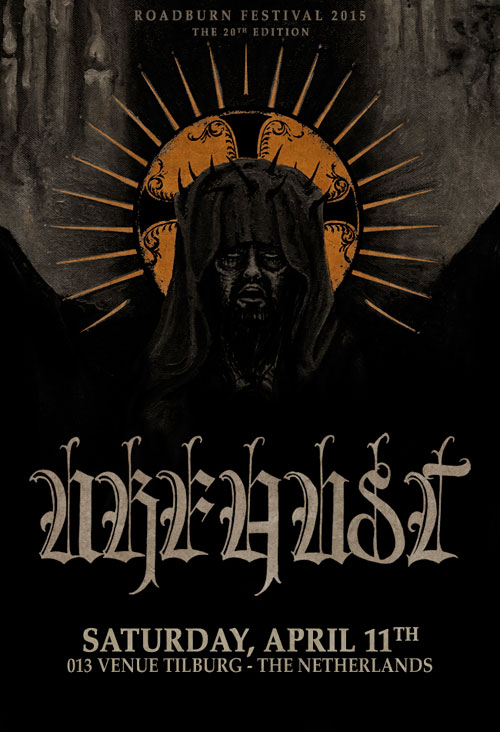 Now that Electric Citizen are no longer playing the 20th edition of Roadburn Festival, the vacant slot on the lineup will be taken by none other than occult black metal innovators, Urfaust. The duo will invoke their expansive, harrowing spells upon Roadburn at the 013 venue in Tilburg, The Netherlands on Saturday, April 11.

Staying true to the bleakness of black metal’s original message, whilst constantly innovating and moving forward, Urfaust are not only unmistakable, they’re also bewitchingly unforgettable. Urfaust devotees have ensured that their latest sonic offering, an EP entitled Apparitions, sold out on vinyl in record time. Layer upon layer of atmospheric black metal, operatic vocals, and an underlying current of doom mark out Urfaust as an unmissable addition to Roadburn 2015.  Don’t miss out.