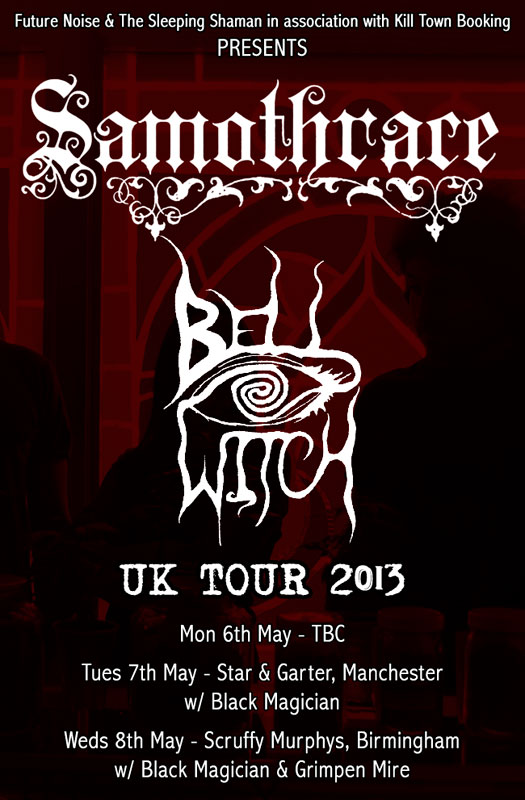 SAMOTHRACE & BELL WITCH plan to hit these grim shores on Monday 6th May after their performance at the 2nd Heavy Days In Doomtown Festival which takes place over the weekend of the 2nd – 5th May 2013 in Copenhagen, Denmark.

The tour schedule is below and we still need to fill the Monday date, preferably in London/South/South East region and interested promoters should contact lee[at]future-noise[dot]co[dot]uk asap!

Kimi Kärki To Release Svart Debut ‘The Bone Of My Bones’; Video Premiere For The Track ‘I Am Aries’