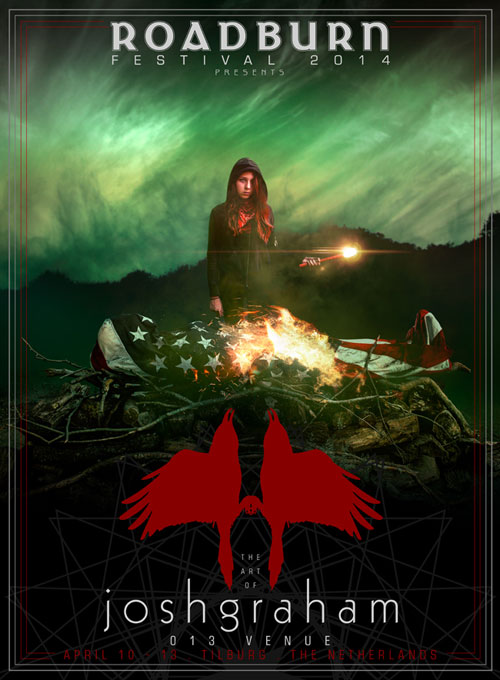 Walter & Co are very excited to announce that the 013 venue in Tilburg, The Netherlands will host an exhibition of selected works by Josh Graham in conjunction with his A Storm Of Light performance at Roadburn Festival 2014.

Born in Denver, in 1974, Josh Graham is a visual artist and composer who has become one of the most respected artists today when it comes to translating great (often heavy) music into refined, mesmerizing art, most famously showcased in his ground-breaking work for musical confrontationalists Neurosis and, more recently, Soundgarden.

Graham‘s work — up to and including musical set pieces with any number of his own earth moving bands as well, from his time with Red Sparrowes to his ongoing A Storm of Light project — addresses with no uncertain focus the inescapable slide of time in passages significant and singular where the fleeting nature of the illusion of permanence and its ruin are nothing if not inevitable.

Josh Graham‘s exhibition of selected works will be held from Thursday, April 10th to Sunday, April 13th at the 013 venue in Tilburg, The Netherlands.

GOATSNAKE Reveal Initial Details Of An Impending New Album, Due For Release In 2015