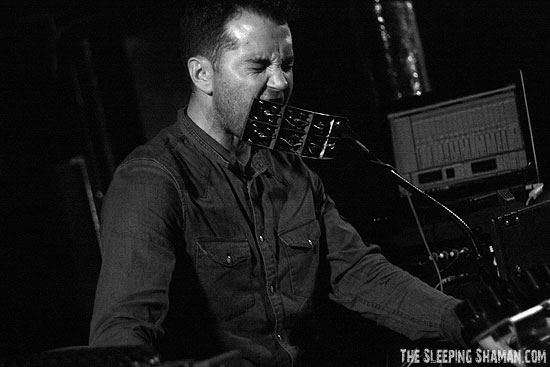 Following a mega successful run of live takeovers last summer supporting Philip H. Anselmo And The Illegals, AUTHOR & PUNISHER sound manipulator, Tristan Shone, is pleased to pack up his steel and unite with Anselmo and company for another mutinous round of sonic abrasions.

Just in time to ring in the New Year, the second leg of the Technicians Of Distortion Tour will commence on January 10th in Houston, Texas and head westward, trampling through over a dozen cities with additional support provided by Hymns. Shone also has a few new mechanized surprises to unveil. Comments Shone: “West Coast: I will be unveiling a new set of electromechanical vocal manipulation masks and devices, never before used during a tour as well as some new and old tracks.” You are hereby warned.

As a precursor to the Technicians Of Distortion trek, AUTHOR & PUNISHER will join the audio antagonists in Corrections House for two special performances in Los Angeles and San Diego. See confirmed live actions below. 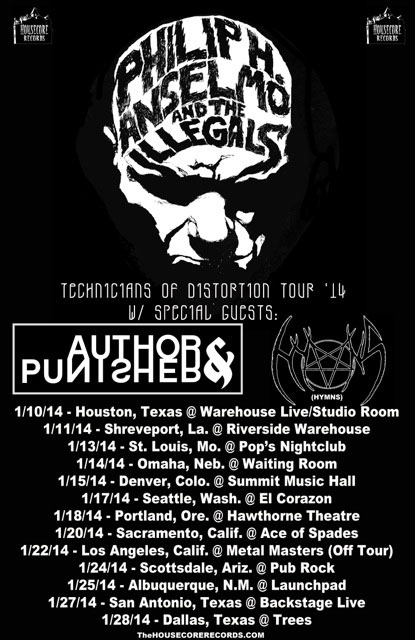 AUTHOR & PUNISHER continues to tour in support of the colossal Women & Children full-length, released earlier this year via Seventh Rule Recordings. Relying on cold steel and soulless machinery to replicate dejection, hopelessness and earthly doom, Shone utilizes primarily custom designed and fabricated machines, speakers and various devices that draw heavily on aspects of industrial automation and robotics and focuses upon the eroticism of the interaction with the machine. The machines are designed to require significant force from the performer, aligning he/she with the plodding doom-influenced sounds that are created. Shone’s results transcend beyond the traditional confines of the industrial genre however into a dimension far more cold and grim.

AUTHOR & PUNISHER’s Women & Children is currently available via Seventh Rule Recordings. Order your copy at THIS LOCATION and you can read Mark’s review HERE.