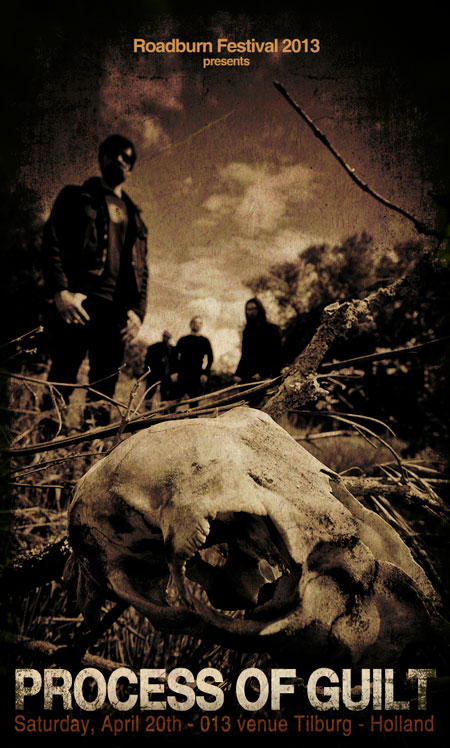 Roadburn are very pleased to bring Portugal’s Process Of Guilt to the 2013 Roadburn Festival on Saturday, April 20 at the 013 venue in Tilburg, Holland. After toiling for a decade as a beloved underground band on a local label in a relatively remote country, their latest album Fæmin (Bleak Recordings / Division Records) is earning them accolades the world over.

Musically, Process Of Guilt offers a massive wall of guitar sound, intricate drumming and commanding vocals. The band’s sound is distilled from the same wellspring that fed Godflesh, which makes the timing of their Roadburn festival debut even more exquisite. The ferocious mid-tempo stomp verges upon industrial with undeniable hardcore influences, yet the band has been evolving long enough to avoid turning into a Neurosis clone. The riffs build up in such a colossal manner that we foresee a paroxysm of headbanging as soon as they hit the stage.

ALL PIGS MUST DIE: Nothing Violates This Nature Now Streaming In Full At Terrorizer