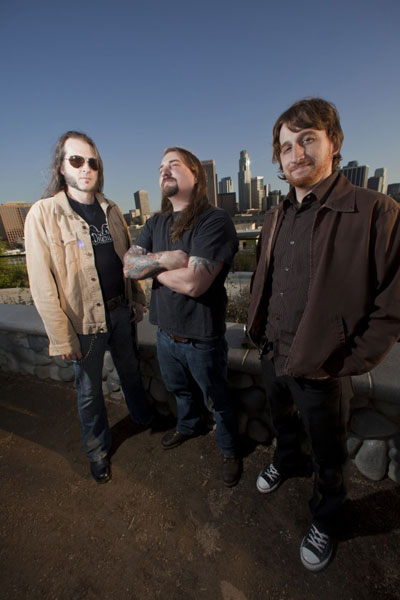 Los Angeles hellions, SASQUATCH, will unleash their fourth full-length of red-eyed road rock via Small Stone Records this Tuesday! Fittingly titled IV, the drum and bass tracks were recorded by Steve Lehane and Al Sutton at Rustbelt Studios in Detroit, Michigan while guitars and vocals were recorded by Benny Grotto at Mad Oak Studios in Allston, Massachusetts (who also produced and mixed the nine-track offering). IV was mastered by Chris Goosman (Acid King, Suplecs, Sons of Otis) at Baseline Audio Labs in Ann Arbor, Michigan.

Drawing influence from ‘70s metal, rock, and psychedelia, SASQUATCH falls somewhere between an amalgamation of Black Sabbath, old Soundgarden, Deliverance-era Corrosion of Conformity, Mountain, and a bastardized version of Grand Funk Railroad. Their songwriting approach is clear; keep the focus on the hook.

A decade is a significant length of time by any measure, whether you’re talking about accelerating divorce rates or playing in a rock ‘n’ roll band. Add to that the fast-paced changes initiated by technology and a decade can feel like a lifetime… or, in the case of Los Angeles rockers SASQUATCH, a turbulent yet accomplished career.

After bursting onto the stoner rock scene with two closely packed studio albums (conveniently named Sasquatch I and II) in 2004 and 2006, the power-trio went subterranean until 2010 before resurfacing with a new lineup and propulsive third opus (entitled, you guessed it, III), to the relief of many impatient fans and the Small Stone Records Board of Directors.

More importantly though, this career-establishing trilogy managed to seduce consumers and critics: beginning with the debut’s roaring-down-the-highway riffs, hypnotic grooves and occasional forays into southern rock, continuing with the sophomore LP’s increasingly focused, hook-laden hard rock classicism (standout “Barrel of a Gun” lacked only payola to become a massive radio hit), and culminating in the third album’s heightened states of fuzz-distortion and earth-rumbling power chords, capable of reducing Marshall stacks to plastic pudding.

All the while, SASQUATCH steadily brought their advanced heavy rock “theories” to the people, as they demolished stages across the globe alongside the likes of Blue Cheer, Nebula, Unida, Solace and Fatso Jetson. Most recently, the band was sighted marauding across Europe with Small Stone labelmates Roadsaw and Dixie Witch.

Meanwhile, SASQUATCH’s music has been tapped to soundtrack everything from movies (Jersey Girl), to television shows (FX’s Sons of Anarchy, A&E’s Dog The Bounty Hunter, the CW’s The Supernatural, and MTV’s Viva La Bam), to video games (NHL 2005, American Chopper, and Monster Garage). 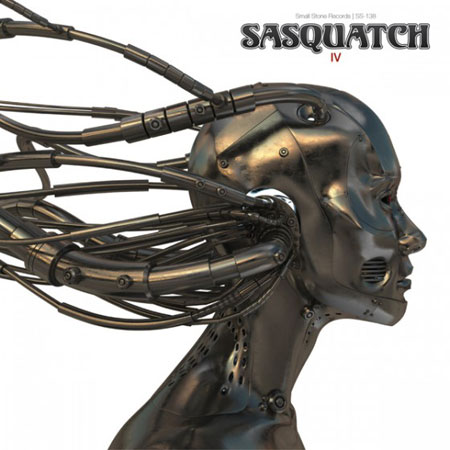 The time has finally come for SASQUATCH members Keith Gibbs (guitar, vocals), Jason Casanova (bass) and Rick Ferrante (drums) to deliver a brand-spanking new album, whose chosen title – IV – was as inevitable as the urgent need shared by discerning fans of superior, song-oriented rock to hear it. IV is arguably the power trio’s most mature, inspired and diverse song-set to date, rife with compositional twists, both heartwarmingly familiar and totally unexpected, plus thundering power chords, sizzling solos, shrewd melodic flights and even super-trippy moments – but all heavy on the heavy. To top it off, SASQUATCH have upped their lyrical game, devoting unprecedented attention to spinning engaging new yarns out of those evergreen rock ‘n’ roll stories about love lost, hate found, relationships built, lives trashed, homes wrecked… All’s fair in love and doom. At the end of the day, IV’s shimmering end results reveal a real album, not just a collection of songs that happen to be living under the same roof to save a little rent money!

IV will be available via Small Stone Records from today, that’s the September 24, 2013! Order your copy HERE.