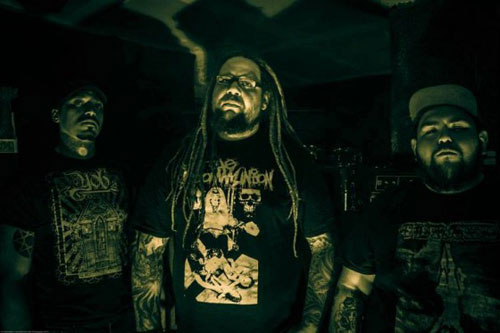 Currently spreading their negativity, hatred and audio wrath to the masses on a short run of roadside assaults, Denver blackened doom metal agitators, PRIMITIVE MAN, give back to the community with a bonus track from their critically-lauded Scorn full-length.

Recorded by Dave Otero at Flatline Audio (Cephalic Carnage, Catheter, Cobalt, etc.), Scorn is a physically and psychologically eviscerating sound excursion initially unleashed earlier this year via a collaboration between Throatruiner and Mordgrimm Records before being reissued by Relapse this past August. Applauded for a “totally malignant sounding record … that will consume you whole if you’re not careful,” by Cvlt Nation, “the best worst thing that has ever happened to you” by Metal Hammer, “one of the most brutal, unsettling and uncompromising albums you will hear all year,” by About.com and “depressingly crushing,” by Metal Underground, Scorn continues to stain ears with its traumatizing outpouring of slow, sardonic, feedback-dowsed hell hymns.

Turn up “Lifetime,” currently streaming at Revolver, at THIS LOCATION and get angry.

Additionally, you can check out “Rags,” included on the latest Relapse Sampler and available for FREE download HERE.

Featuring current and former members of Withered, Clinging To The Trees of A Forest Fire, Death of Self and Reproacher, PRIMITIVE MAN are presently headed eastward on their latest rash of live assaults and will be making an appearance at Invisible Oranges’ CMJ showcase at Brooklyn’s Saint Vitus Bar later this week.

Scorn is available via Relapse Records on CD, LP and digitally. Order your copy HERE. 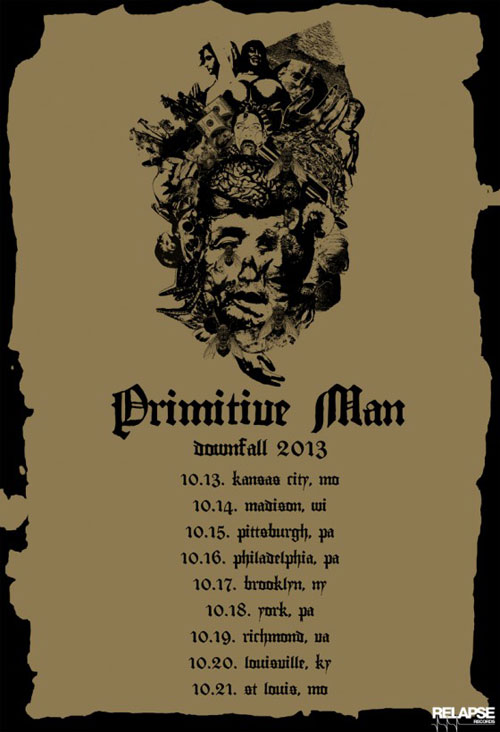