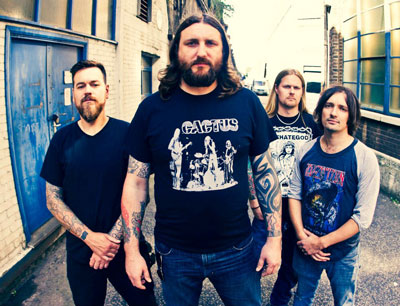 ORANGE GOBLIN will release their brand new studio album ‘A EULOGY FOR THE DAMNED’ on Monday 13th February 2012. This date is the same day as Black Sabbath released their self-titled debut album in 1970!

This is the bands 7th studio album but first for new home CANDLELIGHT RECORDS.

The album was recorded at The Animal Farm studio in South London, UK. It was produced and engineered by Jamie Dodd and mastered by twice Grammy nominated Pink Floyd engineer Andy Jackson at Tube Mastering.

The album will be released on CD and Limited Edition Coloured Vinyl in Gatefold Sleeve.

To see the album cover artwork, go to www.jimbobisaac.com.

The full track-listing will be as follows:

To celebrate the release of the new album the band will hit the road in April 2012 for the ‘A Eulogy for the Damned UK & Ireland Tour’. Dates for this are as follows and support on all dates (except Irish shows) comes from GRIFTER:

Orange Goblin will also be appearing live at the following (with more festivals to be announced soon): 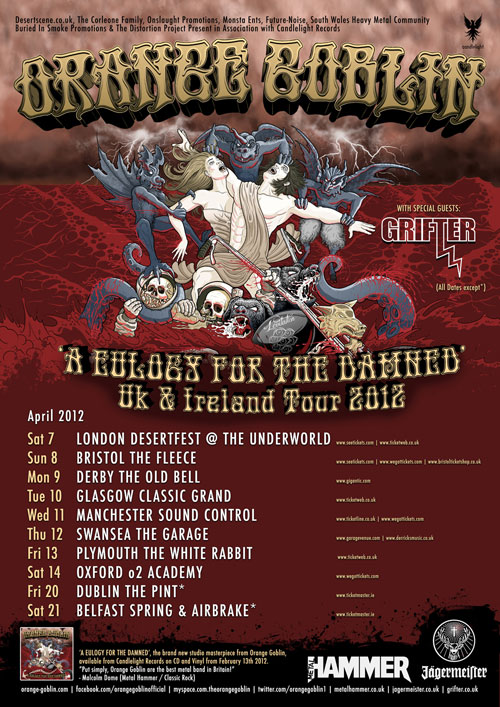