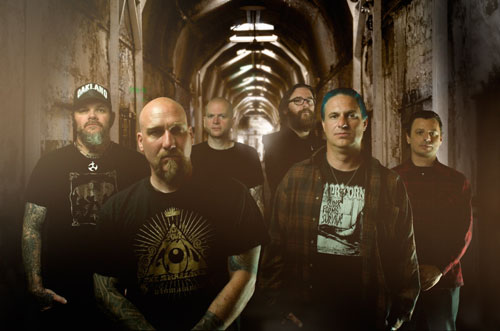 Anticipation for Honor Found In Decay, the tenth studio album by NEUROSIS, is starting to intensify, as we count down the days until its release date in Germany on October 26th, in the UK on October 29th and in North America on October 30th. Like an eclipse, a brand new NEUROSIS album is not a frequent occurrence and when it comes around, every last moment must be savored. For this momentous event, all the forces are aligned.

NEUROSIS forged the songs on Honor Found In Decay with the revered Steve Albini, marking their fifth collaboration with the engineer in their longstanding relationship. Their monolithic sound captured at Electrical Audio studios, Chicago, the seven tracks were then mastered by John Golden at Golden Mastering in Ventura, California.

Aesthetics have always been paramount for NEUROSIS and with Honor Found In Decay, Steve Von Till, Scott Kelly, Noah Landis, Jason Roeder and Dave Edwardson’s musical vision is brilliantly evoked by NEUROSIS‘ visual guru Josh Graham. And with that, we proudly unveil the cover art and track listing for this prodigious album, which is shaping up to be one of the biggest releases in the band’s extensive history. 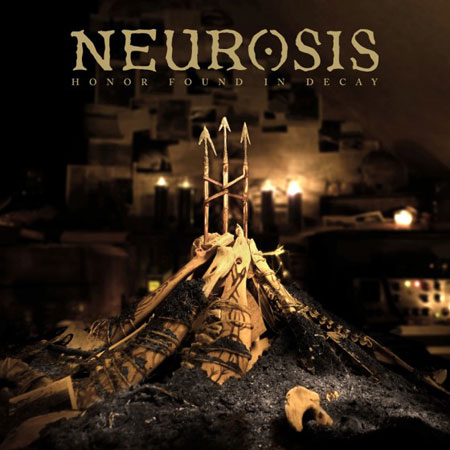 Honor Found In Decay Track Listing:
1. We All Rage In Gold
2. At The Well
3. My Heart For Deliverance
4. Bleeding The Pigs
5. Casting Of The Ages
6. All Is Found… In Time
7. Raise The Dawn

NEUROSIS have been invited to perform at ATP’s Nightmare Before Christmas at Camber Sands Holiday Camp, England on November 30th through December 2nd, which Steve Albini’s band Shellac have been asked to curate. Keep your ears to the streets for a plethora of pending announcements on NEUROSIS in the weeks ahead including music from Honor Found In Decay, additional live appearances and more.