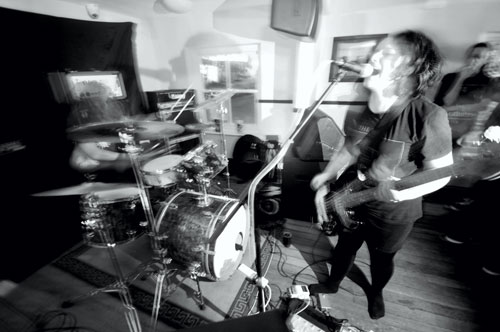 The two-piece mountain of doom and amp worship from Nottingham UK that is BISMUTH is making their first appearance on mainland Europe, which includes an appearance at the inaugural Incubate Festival in Tilburg, The Netherlands, support will by the way of Ortega, GALG and the secretive Ramirezz.

After their European jaunt, BISMUTH will then play a few select dates in the UK which includes a gig with Jex Thoth in Manchester on the 7th October.

BISMUTH also have a newly released live version of a previously unrecorded song, Tethys, coupled with the track Collapse, which originally appeared on the split with UNDERSMILE, stream them below and you can also grab them as a name your price download from their Bandcamp page.