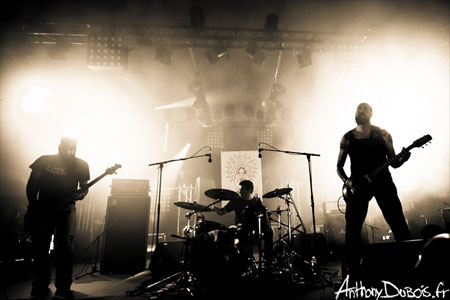 DESERTFEST BERLIN are extremely pleased to announce that German instrumental heavy psych quartet MY SLEEPING KARMA is added to DESERTFEST line-up! You should be happy, many of you demanded them!

MY SLEEPING KARMA combines the organic aspect of psychedelic groove with emotional shades of aphasian landscapes. That was the intention of their self-titled debut album (Elektrohasch, 2006) and it still remains.

From 6 years now, they proffer the incomparable tonal smoothness and instrumental heavy psych groove that made their success, focusing on various aspects of Buddhism (“Satya”, Elektrohasch, 2008) and Hinduism (“Tri”, Eletrohasch, 2010) theologies.

Last year, the band makes a jump to Napalm Records for the released of their fourth album, “Soma”, bringing them to the attention of a wider audience. This release was followed fall 2012 by a bir European tour supporting legendary Monster Magnet !

So, following the meaning of the last album title (“Soma” is the nectar of the gods), it can only be advised that you to come at DESERTFEST BERLIN to share a pint of this mystic drink that will lead you to a journey from which you may never want to come back!! 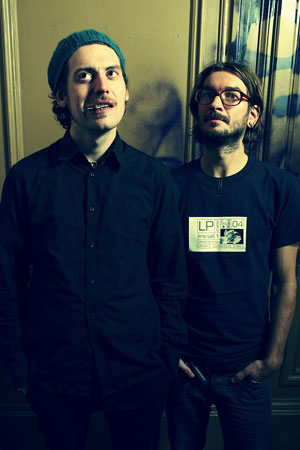 And that’s not all as they are also pleased to welcome the German noise rock duo DYSE to DESERTFEST BERLIN!

Formed in the Spring of 2003 and named after the Dysecatmotel in Amsterdam where they first met, DYSE began as a fun, drunken side project for Jari and André to try new things with music they enjoyed, writing songs with no limitations or expectations from anyone.

The main compositional feature of their sound is alternating sections of heavy, metallish guitar-laden rock and quiet, doodling, rhythmic writing. The vocals are delivered in a mixture of virtually-shouted German and English, and the listener is challenged by the compositional changes and the different sonic textures.

In 2004, the first in a trilogy of 7 inch singles was released called “Honig” (Honey), followed by dozens of gigs as they perfecting their live show and became tighter than tight. The second single “Aga Ragnag” came out in 2005, followed by the third and final instalment “Houthakkertje” in 2006. To promote the completion of the 7 inches, Jari and André booked themselves a gruelling four-week tour across Europe and the UK. The response to each show was overwhelming as audiences everywhere were blown away by this unique, energetic and incredibly entertaining duo. When they returned home from the tour, the band were approached to join the Exile on Mainstream Records family. June 2007 saw the release of DYSE‘s self-titled debut album, which was followed in 2009 by their second one “Lieder Sind Brüder Der Revolution”.

“Radical as punks, clever as the avantgarde, loud as a helicopter and as fast as Michael Schumacher racing money to Switzerland”, DYSE have hits in the bag and a reputation as one of Europe’s best live duos, so don’t miss them !!