Costin Chioreanu, Roadburn‘s official visual artist alongside Voivod‘s Michel “Away” Langevin and a yet to be named Dutch talent, is currently working on a series of band posters for the 2012 festival. Both Costin and Roadburn are pleased to present his first three posters: Tombs, Oranssi Pazuzu and Virus.

A preview of the Tombs poster can be viewed below and the rest of the announcement, along with higher resolution versions of all 3 posters can be checked out over at the Roadburn site HERE. 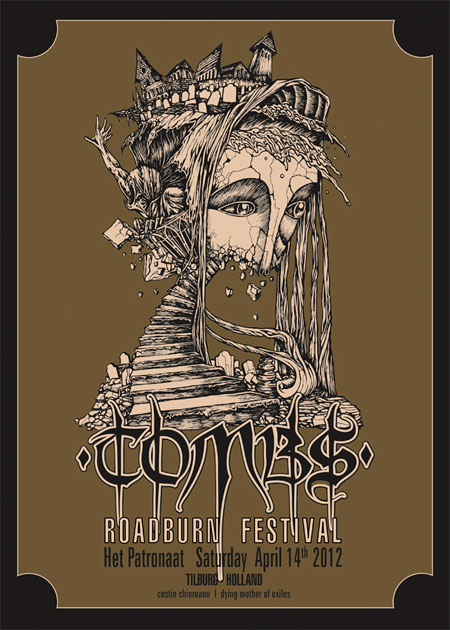