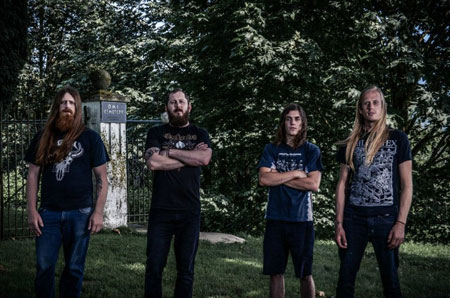 Progressive rock/metal outfit ANCIIENTS have premiered a new song from their forthcoming album, ‘Heart of Oak‘. The new track, ‘Faith and Oath’ is streaming over on Terrorizer AT THIS LOCATION.

Regarding the song, guitarist Chris Dyck said: “It began lyrically with some combo ideas about the Mayan’s serpent-god beliefs and a strange dream I had about a snake-killing ritual. The serpent originally was representing the deceiver; as the song progressed and the vibe was realized it became our anthem for courage and strength. The chorus features Scott Ruddy from Weirding (killer doomy Vancouver band) on vocals with me. The proggy fast riff is what I like to call a “ninja riff”… Looks hard, easy to play. Kenny’s solo here is mental and I love how Hannay and Boon shift the timing on the last 2 repetitions of the solo riff to a swinging old 3/4 beat. The outro has Kenny laying down some sweet Dave Gilmour. We all dig Pink Floyd…Gilmour is the man. Cheers.” 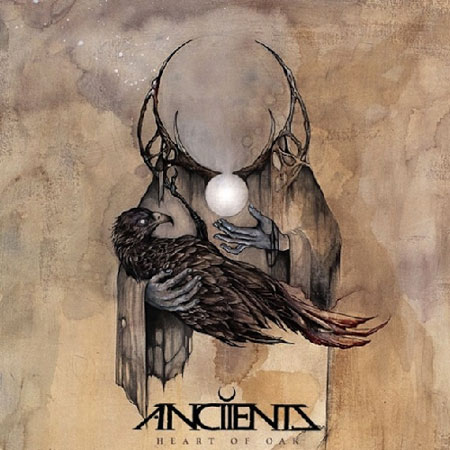 ANCIIENTS have also announced their participation in the Death To All Tour. The band will tour alongside legendary metal icons Paul Masvidal, Steve DiGiorgio, and Sean Reinert: The ‘Human’ lineup of legendary metal pioneers DEATH. The tour spans 3 weeks, hitting a dozen cities across North America. Regarding the tour, guitarist Kenneth Cook said “We are completely stoked and overjoyed to be invited to play on the Death To All Tour. Chuck Schuldiner and Death are legendary, and it is an honor to be able to celebrate his life for a great cause.” A portion of the proceeds will once again benefit the Sweet Relief charity, a non-profit devoted to helping musicians without insurance who are facing serious illness.

A full list of tour dates can be found below.

‘Heart of Oak‘ is slated for release in Europe on April 12th, and will be available on CD, limited edition double gate-fold LP, and digitally. ‘Heart of Oak’ is available for pre-order at the Season of Mist e-shop.

Previously, the band has streamed the tracks “Falling in Line“, and “Raise the Sun“. Both tracks are available at the band’s Facebook page.

“One of 2013’s most anticipated albums” – Decibel magazine

“The foursome’s brand of metal is thunderous yet always focused on melody, striking a strong balance between commanding and catchy. Unlike much of today’s mainstream metal acts, these guys know how to write honest-to-goodness songs, showing tremendous discipline amidst all the instrumental flamboyance, and are primed to put their young peers to shame.” Popmatters.com, The Best Hopes to Break Out in 2013.