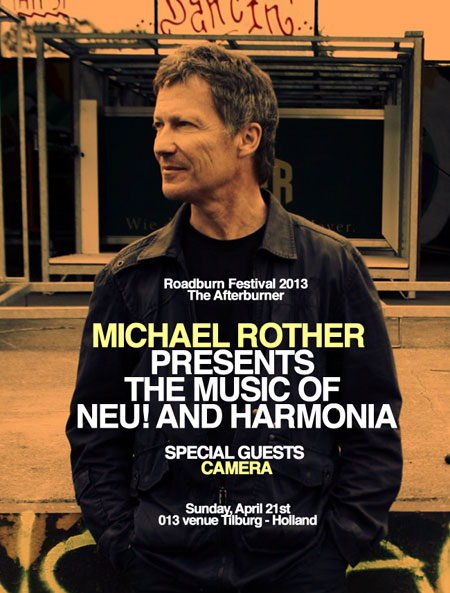 We are extremely excited to announce that Michael Rother (accompanied by Berlin’s very own Camera) will present the music of NEU! und Harmonia at the Roadburn 2013 Afterburner on Sunday, April 21st at the 013 venue in Tilburg, Holland.

Founding member of the legendary Krautrock pioneers NEU! and part of the innovative Harmonia, Michael Rother’s influence and importance spans at least four decades, from the birth of ‘Kosmische Musik’ in 1970s Germany to highly acclaimed collaborations with Brian Eno and Steve Shelley among others.