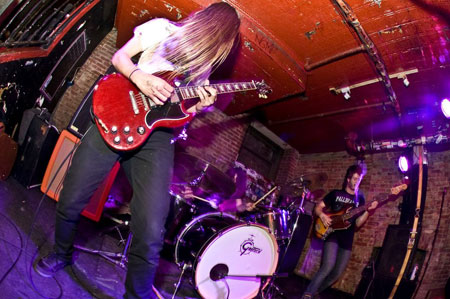 ELDER is the definition of a work in progress, as the group continues to meld the familiar sounds of Sleep‘s colossal riffage with their ever-evolving vision of soaring melodies and sonic soundscapes. Listeners will find themselves locked into the trio’s lengthy epics, which toe the line between the chasms of classic stoner metal and mindblowing psychedelia.

Since the release of 2010′s Dead Roots Stirring, their second full-length record for MeteorCity Records, Elder has continued to push their sound in more dynamic and inspiring directions, while still holding true to their original methodology: all heavy, no filler.

ELDER has been confirmed for Roadburn Festival 2013 on Saturday, April 20th at the 013 venue in Tilburg, Holland.