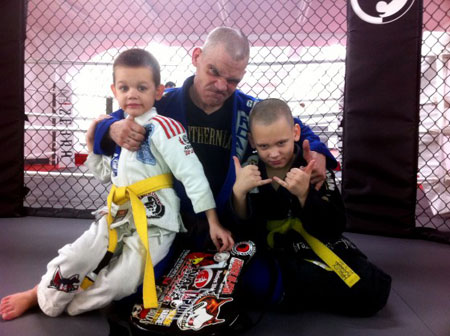 It is with maximum enthusiasm that the latest killer news from the Southern Lord Recordings headquarters; legendary hardcore icon HARLEY FLANAGAN, bassist/vocalist of CRO-MAGS and HARLEY’S WAR fame, has officially signed with the label for several upcoming releases!

“Harley Flanagan is one of the most revered, controversial and infamous musicians of the last 25 years of underground music. His resume and reputation speak equal amounts of vitriolic decibels as does his bass stack blaring in your face. I have personally been a huge fan of Harley and his work with the Cro-Mags from the first time I heard their debut album Age of Quarrel in 1986. Much like the feeling you got when you first heard Bad Brains, Discharge or Minor Threat, Cro-Mags were musically and aesthetically on another level that was matchless. Through the power of the net and sheer luck I started talking to Harley Flanagan over emails and telephone past year. I was pleasantly surprised to discover that the intensity and honesty of his playing also carried through in his personality. Harley is humble, raw, intelligent, driven and focused. To say it is an honor for Southern Lord to be working with Harley Flanagan is a enormous understatement! We’re in shock and CAN NOT WAIT to get this shit going! The first release we will be doing together will be the forthcoming Harley’s War album. The demos of the material he has shared with us for this are fucking phenomenal! The new Harley’s War material has the same feeling as the initial musical impact the Cro-Mags first had in the mid-’80s. Killer songwriting, raw lyrics and Harley Flanagan’s trademark bass playing. As mentioned above this is “other level” shit! Expect nothing less than a brutal musical beatdown from the master!”

Stay tuned for developments on all things pertaining to HARLEY FLANAGAN and HARLEY’S WAR over the coming months.

Hexvessel Set Controls For Desertfest 2013 London While The Machine Cancels