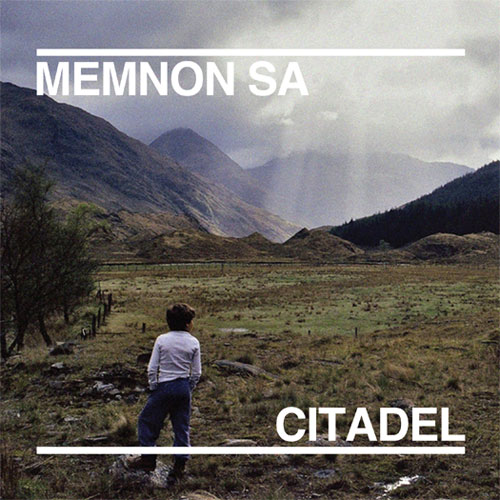 MEMNON SA is the solo project of multi instrumentalist and recording engineer/producer Misha Hering. Misha wrote, recorded and mixed Citadel, MEMNON SA’s first full length, over the course of a year at his studio, Holy Mountain, in London, England. The album was mastered for vinyl by Brad Boatright (Sleep, Nails, Oatheater) at Audio Siege in Portland.

Musically, the record draws inspiration from dark devotional kraut rock and psychedelia along the lines of Popol Vuh and Flower Travelling Band as well as 70’s atmospheric film soundtracks by the likes of Krzysztof Komeda (Rosmary’s Baby) and Eduard Nokolevich Artemyey (Stalker, Solaris) to name a few. The idea was to create music that sounded ancient, ritualistic and mournful, not attached to any modern day genre or trend. The result is a deeply personal, haunting and hopefully, timeless record. To achieve this, an arsenal of analog synths, mellotrons, tape delays and tube amps were used and recorded through analog outboard, contributing to a deep, expansive and characterful sound.

The album will be the first release for vinyl only record label Pyramide Noire (which was founded by Misha Hering) and will be available in double LP and digital formats, spring 2014.

And now, The Sleeping Shaman is premiering the third track from Citadel entitled ‘Black Goddess‘ which you can hear in it’s droned out darkness below:

Pyramide Noire is a new London based record label focused on releasing dark, heavy, psychedelically inclined music , irrespective of genre. With an aim of releasing 2 to 5 records a year, each release will be available on vinyl and digital formats. Extra attention will be placed on packaging, materials and presentation whilst still keeping the records affordable!