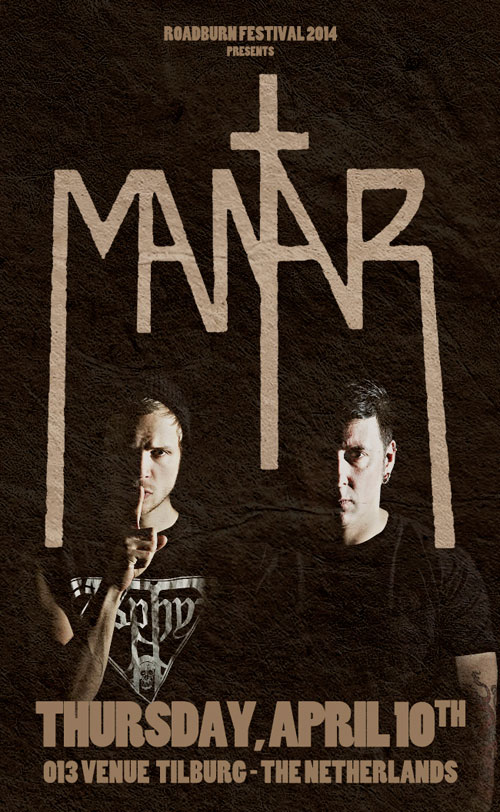 You can’t keep a good festival down, and so no sooner have they announced the unfortunate cancellation of KEN Mode than they are overjoyed to be able to announce that the mighty Mantar will replace them!

The heavier-than-a-concrete-elephant gruesome twosome from Hamburg dropped their killer ‘White Nights’ seven-inch not so long ago and are about to let loose with their devastating debut full-length album Death By Burning through Svart Records in a few short weeks. Walter & Co at Roadburn are super excited to be able to add them to the already stellar line-up for Roadburn 2014.

Mantar will play Roadburn 2014 on Thursday, April 10th at the 013 venue in Tilburg, The Netherlands.