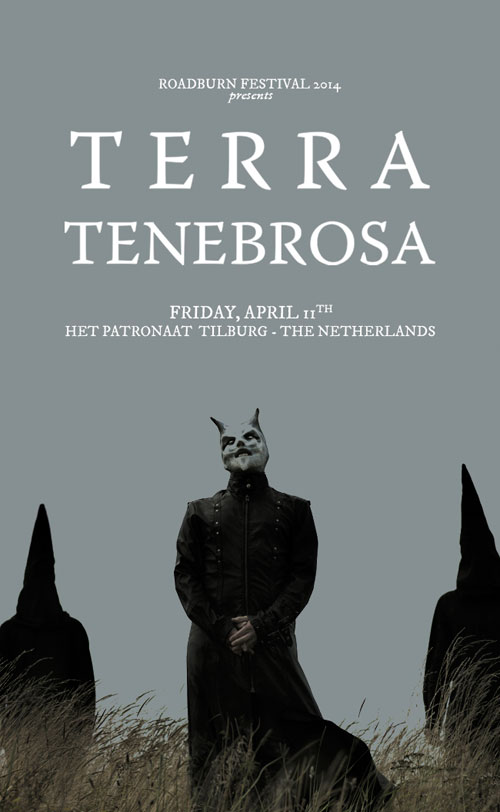 Hot on the heels of our announcement that The Heads have had to step down from performing as Artists in Residence at Roadburn 2014, comes the announcement that mysterious avant-metallers Terra Tenebrosa will be stepping in to replace The Heads spin-off Kandodo.

Rising from the ashes of much-beloved post-hardcore outfit Breach, Stockholm’s Terra Tenebrosa have brought forth two albums of dark, brooding avant-garde hardcore-influenced metal, 2011′s debut The Tunnels and 2013′s The Purging, Walter & Co couldn’t be happier to have them onboard.

Terra Tenebrosa will be bringing the fear on Friday April 11th at Het Patronaat in Tilburg, The Netherlands.