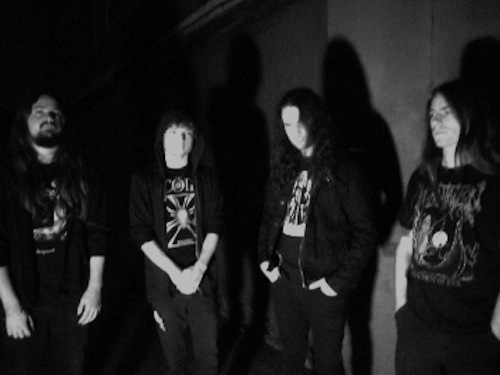 Relapse Records is proud to announce the signing of Oakland, CA funeral death/doom quartet LYCUS. Originally formed in 2008, the group released their debut demo in 2011 which was later reissued by The Flenser the following year. 2013 saw the group release their critically acclaimed debut full-length, entitled Tempest, on 20 Buck Spin Records (Listen here). The band will now enter Atomic Garden Studios in Palo Alto, CA this April to record their sophomore full-length and Relapse Records debut.

The group commented on the signing and their upcoming plans:

“We are extremely excited to announce that our second full-length LP will be released on Relapse Records later this year. These guys have shown us interest since our Demo surfaced, and finally, three years later we have the chance to work together. We will be entering the studio in April with hopes to release the album by this coming fall. The new material is darker, stranger, and bleaker than Tempest, and the artwork will feature another masterful painting courtesy of Italian madman, Paolo Girardi. Lycus has been confirmed for California Deathfest 2015 along with a summer tour, which will be announced shortly.”

LYCUS has been confirmed for California Deathfest 2015 along with a summer tour, which will be announced shortly. Stay tuned for more news and info on LYCUS.