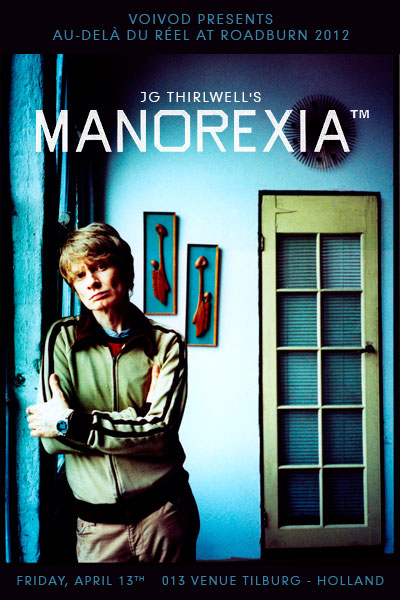 Roadburn and Voivod are truly thrilled and honored that J.G. Thirlwell‘s Manorexia will be playing at Au-delà du Réel / Roadburn 2012 on Friday, April 13th.

Known primarily through his Foetus releases, Thirlwell has used the Manorexia moniker for his most cinematic, orchestral (and arguably most complex) music.

More info on J.G.Thirlwell’s Manorexia at Roadburn Festival 2012 can be found here.