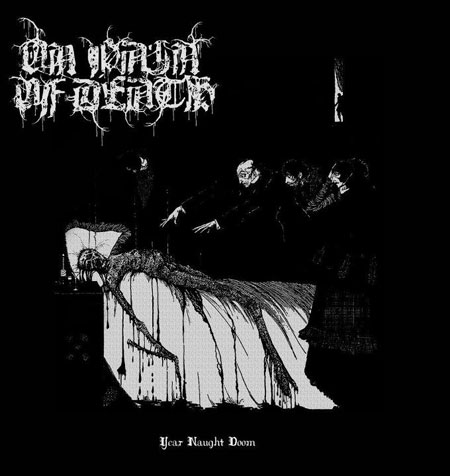 Handshake Inc. is pleased to announce the digital release of Year Naught Doom, the debut LP from Irish death doom derelicts ON PAIN OF DEATH. Mastered by James Plotkin and recorded in 2010 in the band’s native Ireland, Year Naught Doom will be released as free download in Autumn 2012 and followed by a vinyl release before the end of the year.

Formed in the boggiest of the boggy depths of Ireland in March ’08, ON PAIN OF DEATH worship slow, twisted doom/sludge/chaos. The band played their first gig in June ’08 and recorded their self-titled first demo over that same weekend and the next in Oaks Recording, Enniskillen, Northern Ireland. Their next releases quickly followed: an EP featuring one slab of degrading filth called “Rotting in a Tomb of Depravity,” and a Sepultura cover for Blinddate Records’ popular Clone series (which appeared alongside tracks from Thou, Loss, Moloch, and more). Year Naught Doom offers three tracks’ worth of absolute decay, bottomed-put sludge, and creeping death’s curse. The band’s filthy approach to sluggish, wretchedly miserable, drugged-out death/doom dirge is one of the ugliest things you’ll hear all year, and we’ll bet you a bindle of china white that you’ll love every minute of it.

Metal Ireland lauded Year Naught Doom:
“Slower, uglier and with a tighter rein on the grooves, this three tracker is a short and nasty hunk of doom.

The Doom / Death aspect has been amplified here but there is still a lingering hallucinatory hangover buried under the dying riff-work. Rather than washing the whole thing out in swirling effects, they are used more sparsely to add a near-subliminal sense of dread and paranoia.It still grooves, it’s just that there is a disjointed aspect to the flow, as if each riff was assembled and subsequently had its limbs pulled from their sockets.The compositions’ stop/start approach offers space for the vocals to bubble up, and it’s those vocals that are the band’s trump card. Nasty layers of gargled vileness, they drag the whole thing down into an Autopsy swamp. Wet and slimy snarls, possessed lung-sucking howls and belched bottomless-well growls weave their sticky, malignant magic through every song.”

ON PAIN OF DEATH have also just released a music video for “Tell Your God to Ready for Blood” created by Handshake Inc.’s David Hall (Maryland Death Fest The Movie, Disgorge Mexico, documentaries on Brutal Truth and Jucifer). View the madness below:

TRACKLISTING
1. Year Naught Doom
2. Tell Your God to Ready for Blood
3. It Came From the Bog 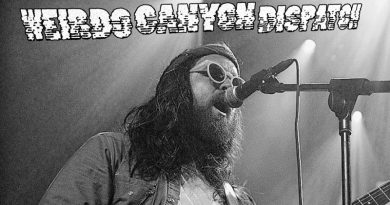