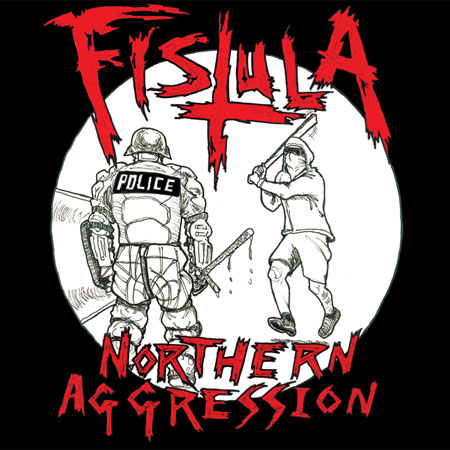 Cleveland’s long-running sludge kingpins FISTULA have just filthified the planet with their latest dose of resin-coated low-end antagonism. One of the most constantly productive bands of the modern sludge scene, FISTULA have tortured live audiences abroad and boast a lengthy discography of LPs, EPs, demos, split releases and more since their 1998 inception. Recorded in May and June with Eric Braunschweigerat Rogue Mobile Recording in Massachusetts (the vocals were recorded with Big Metal Dave at Broken Back Studios in Cleveland), the band’s latest caustic crusher, Northern Aggression, is out now via PATAC Records. The LP version of the offering is loaded with eight ceaselessly brutal anthems — including an album-closing cover of The Mentors’ “Going Through Your Purse” — while the CD version includes a bonus of FISTULA’s 2010-released six-song Loser EP, adding an additional 28-minutes to the aural beating. For ordering info, point your browser HERE. For limited vinyl and merch pre-orders, go HERE.

In commemoration of the album’s release, FISTULA will take to the streets this week on the Northern Aggression 2012 tour. The melee begins tomorrow, Friday October 19th in Lakewood, Ohio and will roll through Indianapolis, Chicago, Brooklyn and Cambridge, along the way sharing the stage with Vulture, Coffinworm, Black Goat, Cleanteeth (ex/members Goes Cube, Hull), Generation of Vipers (members of US Christmas) and more. 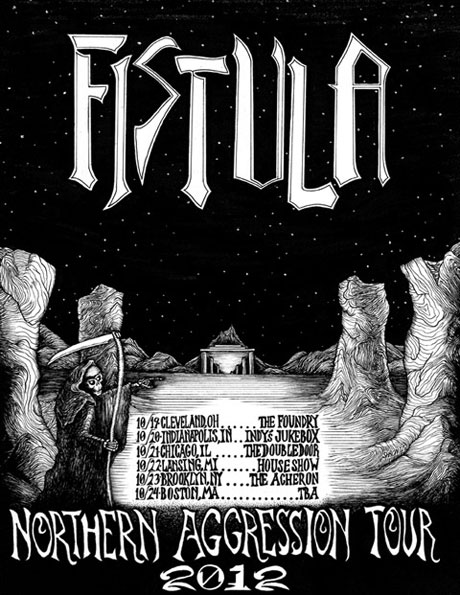