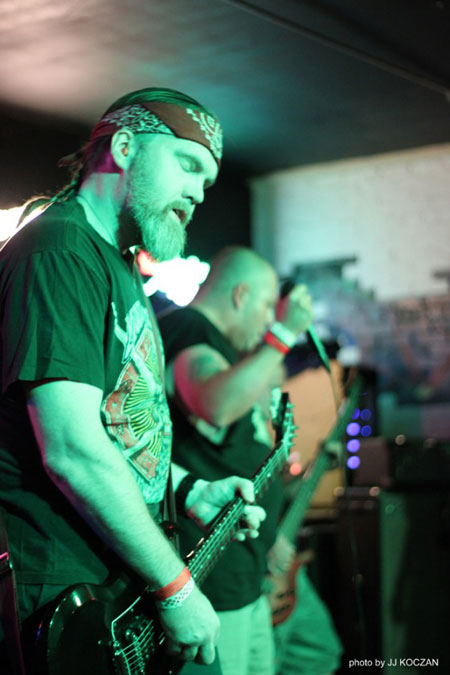 Following more than a decade of perpetually mutating and expanding their unique style of rock/metal, Boston-based ICHABOD release their most progressive album to date with Dreamscapes From Dead Space this month.

Conceived and founded in 1998, ICHABOD quickly formed an immediately diehard audience with several awesome demos before the turn of the century. Sporadic but steady live shows have constantly helped the band retain a solid fanbase, and since 2000 they’ve summoned forth four massive and ever-expanding studio full-lengths, culminating with the diversified 2012, released by Rootsucker Records in 2008.

Amidst praise of 2012 from internationally-based media outlets, vocalist Ken MacKay decided to part ways with ICHABOD. Remaining members Greg Delaria (bass), Dave Iverson (guitar), and Phil MacKay (drums) inducted longtime friend John Fadden as new throat to help them finalize their newest material, what was then penned as the band’s swansong. Fadden’s style brought on newfound inspiration for the entire unit, and the band recruited friend Jay Adam on second guitar. Instead of disbanding, ICHABOD forged an entirely new path of musical exploration.

Dreamscapes From Dead Space showcases the broad range of a proficient musical force in a renaissance era.

The digital download of Dreamscapes From Dead Space is on sale now, the album to see a proper CD release via Rootsucker Records/Black Lotus Entertainment on October 30th, 2012. Official info on even more new ICHABOD material pending release, and new gigs being booked now and through the New Year, will be announced over the months ahead.

Dreamscapes From Dead Space can be streamed below or via the ICHABOD Bandcamp page. 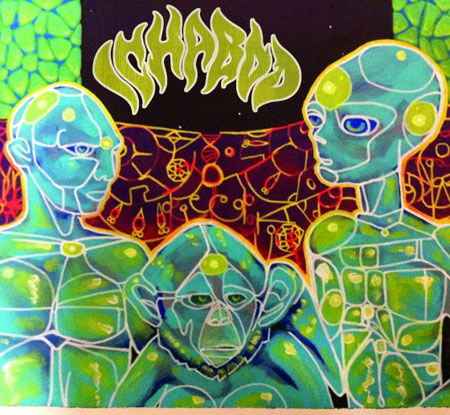