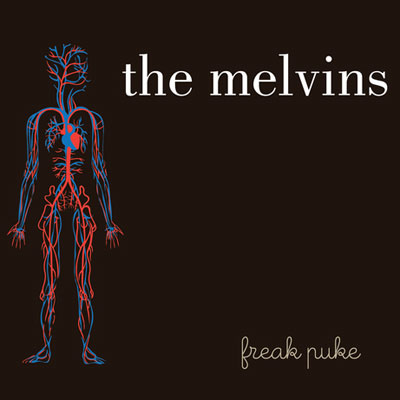 (THE) MELVINS will release a brand new studio album with the delightful title ‘Freak Puke‘ on June 4th 2012 via Ipecac Recordings.

Nothing ever stays entirely in one place very long around the MELVINS, and the constantly evolving underground hard rock geniuses have undergone a temporary lineup and name change for the recording of Freak Puke. While their last three albums featured a two-drummer, four-piece roster augmented by Big Business members Jared Warren and Coady Willis, the new record finds the group in a more familiar three-piece setting. Founding guitarist / singer Buzz Osbourne and his longtime drumming partner Dale Crover will be joined by bassist Trevor Dunn for this record, and the trio will operate under the name Melvins Lite.

The Melvins Lite lineup is in addition to, not replacing, the four-piece version of the band. As usual over the years, if you’re looking for hard information on the group, the very last place on earth you should visit is the band’s admittedly awesome official website at http://themelvins.net.