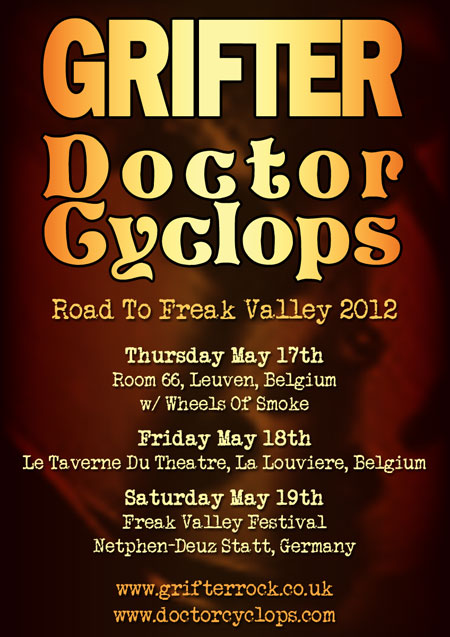 UK rock and rollers GRIFTER make their first visit to the European mainland in May to have their fill of cheap lager and chips with mayonnaise!!!

The band will be teaming up on all the dates with their Italian buddies, retro rockers DOCTOR CYCLOPS who will be releasing their highly anticipated new album “Borgofondo” on German label World In Sound Records.

The Freak Valley Festival is a 2 day open air event hosted by the Rock Freaks promoters from nearby Siegen and will take place at the AWO Compound. Over the course of the 2 days the following bands will also be playing;

This is another step forward for GRIFTER who released their debut self titled album through Ripple Music at the end of 2011 to incredible critical acclaim and who will have completed a coveted support slot on Orange Goblin’s UK tour in April, you can also read Mark’s review of their album HERE.