On the evening of Friday April 11th, from 19:30 onwards, Germany’s own Exile on Mainstream Records will celebrate its 15th anniversary during a special label night at Cul de Sac,  featuring Kristian Harting, Treedeon, Conny Ochs and BULBUL.

Below is the running order: 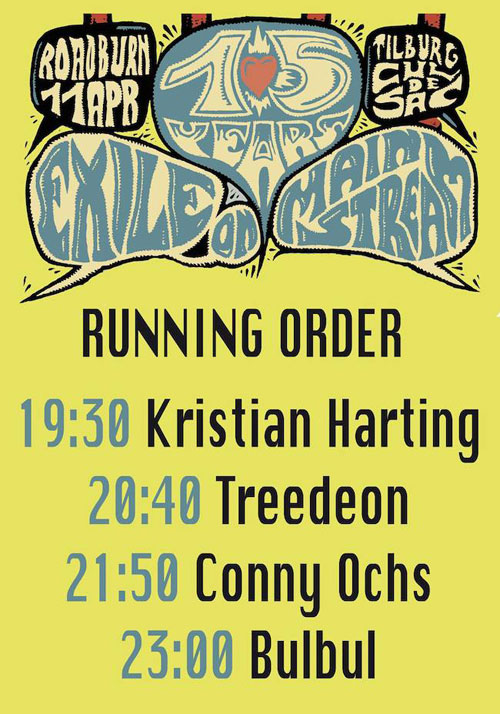