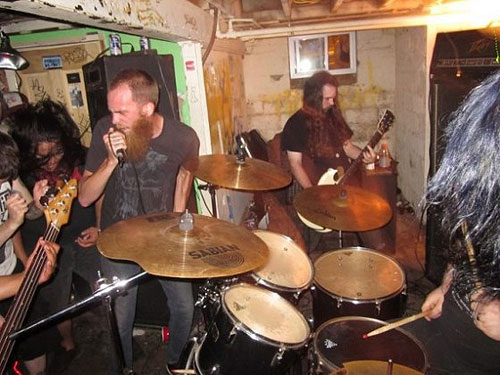 Washington, DC’s ILSA has completed tracking with Kevin Bernsten at Developing Nations in Baltimore for their fourth LP, The Felon’s Claw.

With ten new tracks of the band’s most brutal material to date, and featuring the debut of new guitarist Tim Moyer (formerly of pre-ILSA outfit, Time Of The Wolf)  as well as guest lead appearances by former axmen Lady Snowblood and Domenic Romeo. The artwork will be handled by Joshy Brettell and exciting elaborate packaging ideas are being planned.

The Felon’s Claw is due to pollute the streets this coming Halloween as on LP, CD and digital formats via A389 Recordings. Tunes and additional info will be leaked out upon completion this Summer.

In the meantime, ILSA’s treacherous Northeastern US trek with Southern California’s nihilistic doom outfit, and lablemates, Seven Sisters Of Sleep, grows ever closer. With Seven Sisters Of Sleep traversing the continent to take part in this year’s installment of the Maryland Deathfest in Baltimore at the end of May, their brethren in ILSA will converge with the band for a short but brutalizing run of dates, beginning May 16th in Cleveland and tearing through Rochester, Binghamton, Montclair, Brooklyn and Philadelphia together before SSOS splits off to invade MDF. 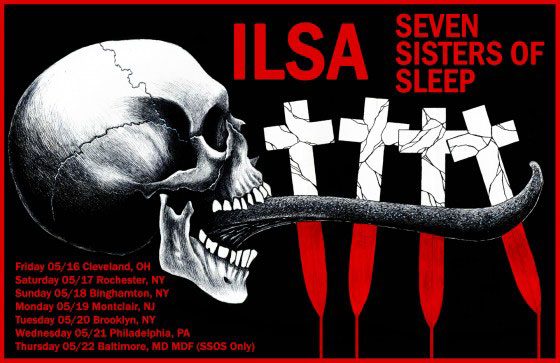