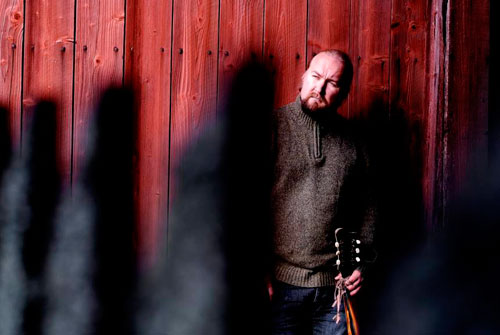 Kimi Kärki streams the entirety of The Bone Of My Bones, his debut album out now on Svart Records, at tastemaking web-portal The Obelisk. The entirety of Kimi Kärki’s The Bone of My Bones can be heard exclusively HERE.

Kimi Kärki is a Finnish cultural historian, guitar player, and singer-songwriter. Known for his versatile guitar playing and sombre compositions for Reverend Bizarre, Lord Vicar, Orne, E-Musikgruppe Lux Ohr, and most recently Uhrijuhla, Kärki has developed his recognizable playing style within doom metal, progressive, folk, and electric ambient scenes. This variety of mostly underground styles reflects the open and intuitive approach to music, which is in the very heart of Kärki‘s craft. In 2011 and 2012, having performed with different bands for more than 15 years, he wanted to explore the thrill of having to rely only on his acoustic 12-string guitar and voice in front of an audience, playing solo gigs in Finland, Ireland, and Italy. By this time, his acoustic set contained an album’s worth of original songs, in addition to covers from the masters such as Johnny Cash, Leonard Cohen, and Neil Young, to mention just three directly inspirational figures. It was, however, clear from the start that the original material needed to be professionally released. Svart Records seemed like the perfect label for this. 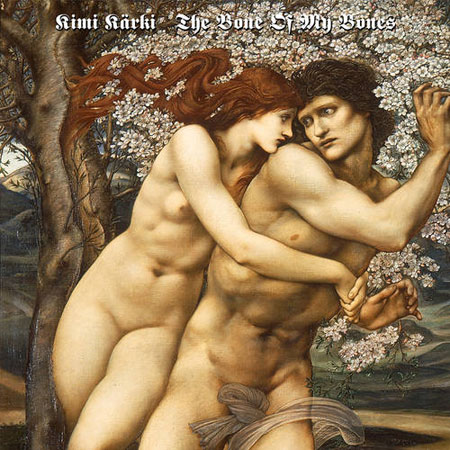 The Bone of My Bones is Kärki‘s first “solo” album, focused on experimental folk music. The stories told on this record are simultaneously deeply personal and universal, sometimes based on his dreams, sometimes on the literary sources which struck a chord. To maximise the listening pleasure, Kärki decided to invite some friends to contribute guest vocals. Mat McNerney is best known as the mastermind behind Hexvessel, and John Richardson is a veteran musician, nowadays the Professor of Musicology at University of Turku. Stunning female vocals were provided by two talented musicians from Turku area, Anna-Elena Pääkkölä, and Pirita Känkänen. The last piece in the puzzle was the collaboration with Joona Lukala. This experienced audio wizard helped Kärki to realize The Bone of My Bones as rich and ambitious an aural experience.