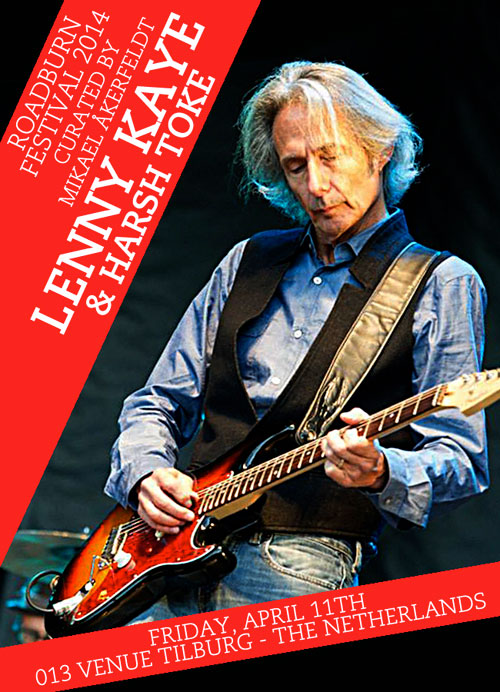 Walter & Co are thrilled – nearly speechless! – to announce that garage-psych legend and Patti Smith’s long-time guitarist (not to mention respected producer and rock historian) Lenny Kaye will jam with Harsh Toke at Mikael Åkerfeldt’s curated Roadburn event on Friday, April 11th at the 013 venue in Tilburg, The Netherlands.

“Lenny is a legend and the nicest guy in rock. Not Dave Grohl”, says Mikael Åkerfeldt, “First met him in Greece when him and Patti Smith came up to us. She said: ”Is this the band you’ve been raving about?” Lenny said: ”Opeth! Fuck yeah!! Needeless to say, we’re now besties and he’s a natural choice to be invited to Roadburn. Lenny is some type of psych/rock encyclopedia as well as rock/psych guitarist extraordinaire. Ladies and gentlemen, looks like we have a psychedelic jam on our hands. Can we wait? No we can’t!”

Lenny Kaye comments: “I am honoured to be performing at the Roadburn festival, celebrating the legacy of Nuggets and the mind-expansive music that gave me so much inspiration and hallucinogenic direction. Opeth is a band that breaks apart genre definitions while remaining true to their progressive and uncompromising metallic vision, as does the entire festival, which honours the quest for new boundaries in soundscapes and sonic exploration. I look forward to being a part of the audience and then ascending the stage to see where Harsh Toke will lead my sense of improvisation and discovery. It will be a Nugget if you dug it!”