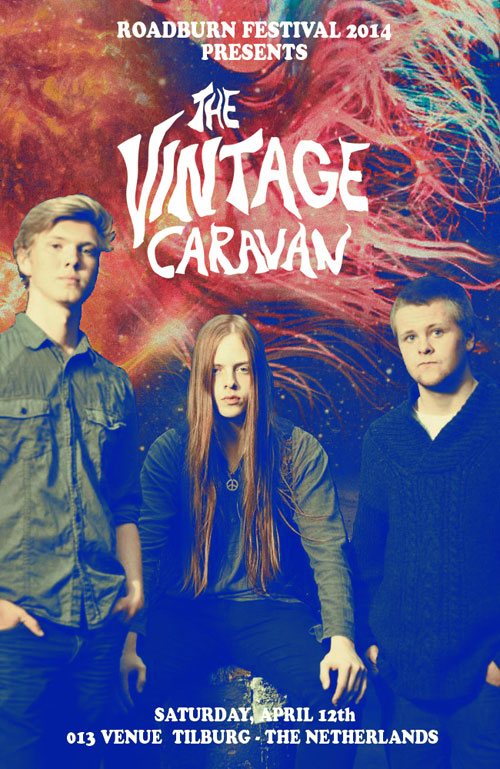 The Iceland factor at Roadburn Festival 2014 is heating up! In addition to Momentum, Walter & Co are very pleased to announce that The Vintage Caravan will bring their bewitching heavy 70s style blues rock to the 2014 festival on Saturday, April 12th at the 013 venue in Tilburg, The Netherlands.

Hailing from the greater Reykjavik area, these youngsters may sound like time travellers from 1972, but there is more going on here than retro riffery. The ripping wah wah guitar leads showcased on both their self-titled debut album and Voyage, their sophomore effort out on Iceland’s biggest label Sena, border on the psychedelic. The overall sound combines classic blues rock with a modern twist.

The Vintage Caravan have built up an impressive reputation in their homeland as a killer live band. The moment the Roadburn HQ caught some of the footage, they had to invite them to the upcoming edition of the festival. These guys deliver the goods, no question about it!

Here is a power trio that upholds a tradition Roadburn strongly worship at the festival. They are eagerly anticipating the moment that The Vintage Caravan roll up to next year’s Roadburn and unleash their high energy set. In fact, they are confident that The Vintage Caravan can hold their own against the likes of Graveyard, Kadavar and Blues Pills.