Baltimore-based audio/visual duo DARSOMBRA will proudly play a free show in their hometown this Saturday, August 24th, in full gratitude to their local scene for helping them recover a huge arsenal of stolen equipment!

Following a recent break-in burglary of the DARSOMBRA abode — the thieves getting away with seemingly irreplaceable guitars, computers, amps, visual equipment and more — the word made it to the proper parties in time and citizens/musicians/friends of the band helped track down and recover nearly all of the lost gear! In their recent band newsletter the members simply stated: “Watch out, world!!! This show is FREE because WE LOVE YOU and wanna say THANK YOU for all the love we received after our home was burglarized. So come on out and let us say it in person:” If you’re in the area, please come celebrate the duo celebrate and give thanks. The duo will perform at Windup Space and will be joined by friends Yeveto, Height, The Immortal Jellyfish and Carly Ptak “and the band documentary for The Human Host Movie. 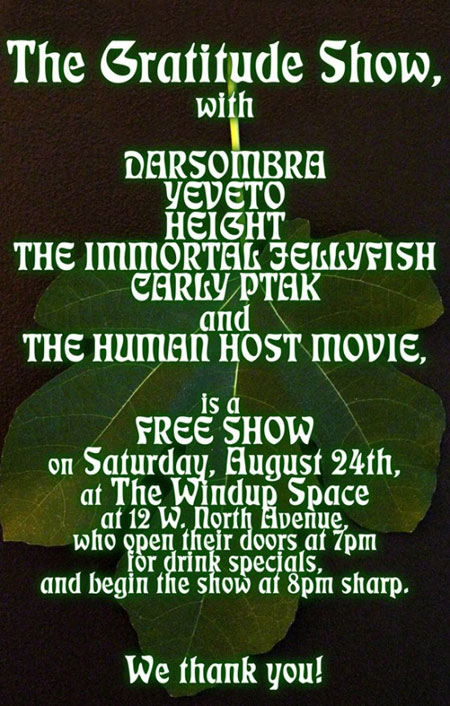 DARSOMBRA is planning to tour the entire country on their most intense stateside tour ever in the Spring of 2014; fans are encouraged to contact the band if you want them to come to your town on this widespread trek. Stay tuned for more band updates over the coming months.